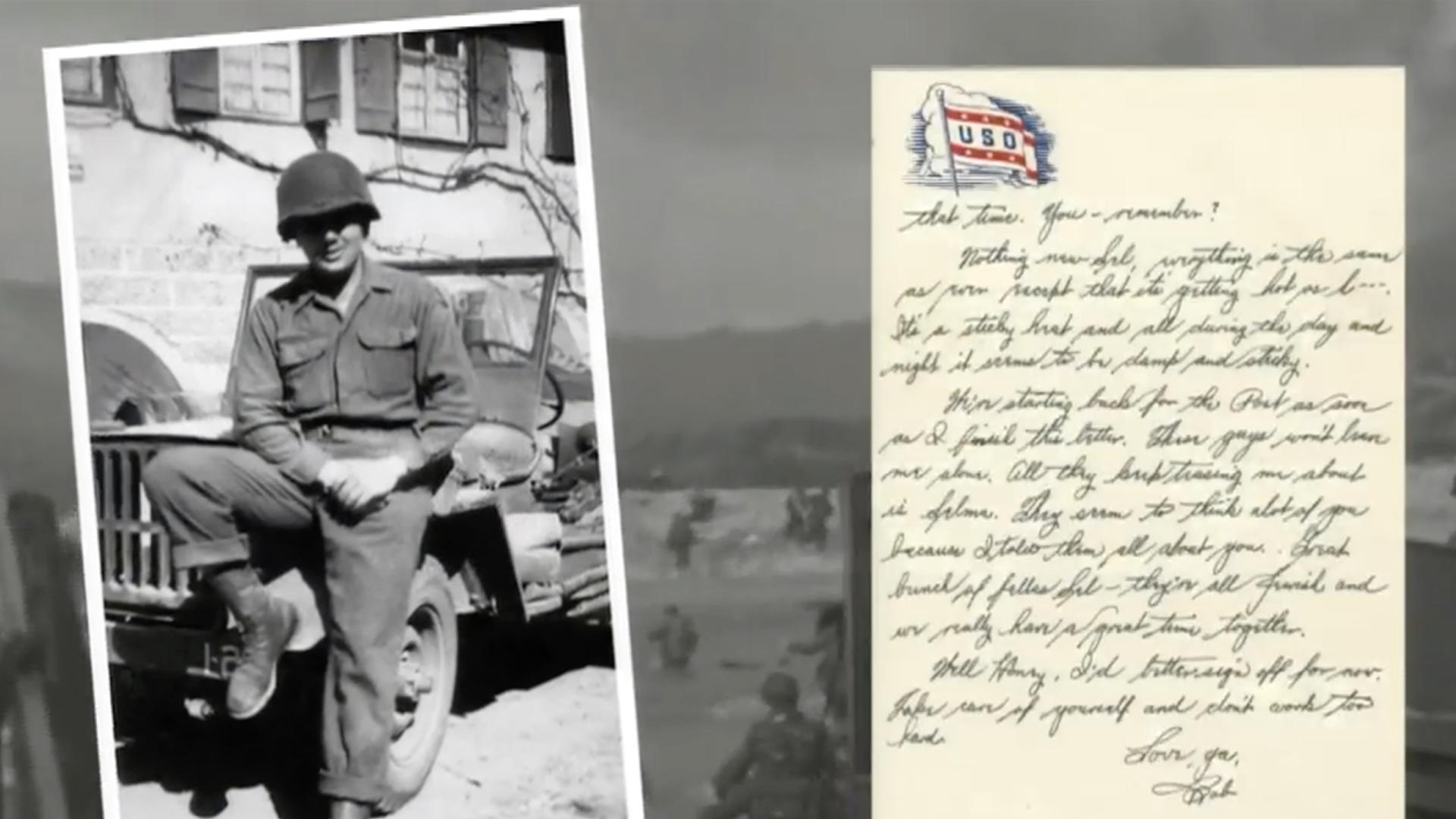 A new book offers fresh insight into life on the frontlines of World War II, through a series of letters written by one young soldier. The detailed notes in "Dear Selma: A World War II Love Letter Romance" (Luminare Press) allow readers to experience the day-to-day struggles and triumphs of American troops in Europe.

As CBS News national correspondent Chip Reid reports, the letters had a lasting impact on the lives they touched.

Bernard Brown, now 96 years old, was just 19 when he was drafted into the Army during World War II. Longing for connection back home, he started writing to a childhood friend, a young woman named Selma.

His frequent letters to Selma paint a vivid picture of the sacrifice of American forces on the front lines.

"After spending four nights and three days in the mud, sleeping, eating, and trying to fight…"

He describes living in a foxhole in "the thick of battle in France," and the haunting image of the gaunt Jewish prisoners his unit helped liberate from the Dachau concentration camp.

But amid the chaos of war, the letters gradually became a declaration of love.

"You got pretty sappy there at some points," said Reid.

"If you only knew how much I want to come back so that you and I can start living a life together."

And after the Germans surrendered in 1945, Brown did just that, marrying Selma three months after he returned home. Eventually they had three children, and later five grandchildren.

They were married for 72 years, before Selma passed away in 2017.

As his family prepared to move him into a Portland retirement facility, his daughter, Shelley, came across a dusty old box.

"It was probably around 600 pages of handwritten letters," Shelley said. "We would call Dad up and say, 'Tell us about this, what did that mean?' And then the kind of memories that were coming out of his mind were incredible."

Although Brown earned a Bronze Star and a Purple Heart, he rarely shared stories of his time overseas.

Reid asked, "When you read these letters that you had written so many years before, did they bring tears to your eyes?"

"They did," Brown replied. "They brought a lot of memories to me."

"How important is it for somebody who is on the frontlines to have somebody at home to write to on a regular basis?" Reid asked.

"I don't care how many letters you got, it wasn't enough. When I'd read her letters, I just felt strong all over again," Brown said.

Shelley convinced Bernard to publish the letters in a book, dedicated to those who didn't make it back home.

Shelley told Reid she learned a lot, not only about her mother and father's relationship and how it began, but also a lot about her father.

Reid asked, "in some ways, were these some kind of love letters to you, too?"

"Yes," she laughed, "because we're here, and if he hadn't made it through, we wouldn't be here."

A treasure trove of long-forgotten letters telling a family's love story for generations to come.

"Dear Selma: A World War II Love Letter Romance" is on sale now. All proceeds from the book will be donated to Ronald McDonald House. Bernard said that, as a young child, Shelley was hospitalized for months, and with the money from this book, he hopes to help other families in the same position.