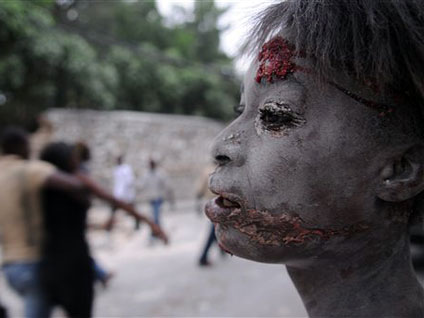 With his familiar drawl and sly smile, Jimmy Dean mentions he has sold all but one share of his stock in Sara Lee Corp., the conglomerate that ditched him as spokesman for his sausage brand.

This is no mere aside. He is lashing back with a public relations and legal campaign that could lead to yet another financial windfall for the 75-year-old multimillionaire.

If Sara Lee had wanted to know what was coming, it should have studied Dean's history. Over the years, Dean has tangled with record executives, network television leaders and even his own brother. At the same time, he's earned a reputation as a sharp businessman, raking in millions of dollars from investments.

Dean owns a piece of a New York bank and a chunk of prime property near Washington Dulles International Airport. Before the airport was built, he paid $12,000 for the 76 acres of undeveloped land now worth millions.

He has invested in a lime grove, a seafood business, a winery, oil wells, residential developments and nursing homes. In the early '90s, his fortune was estimated at $75 million.

Today, Dean dodges questions about his net worth as he lives in semiretirement with his wife, Donna, on a 200-acre James River estate outside Richmond.

A draft of his soon-to-be-published autobiography reveals a savvy and sometimes uncompromising side that helped Dean navigate the ups and downs of three careers: country music singer, television host and sausage entrepreneur.

He grew up in a musical but poor household in Plainview, Texas. His mother, Ruth Taylor Dean, showed him how to play his first chord on the piano, and he taught himself to play the accordion and the harmonica. His father, G.O. Dean, was abusive and later left the family. He also was a songwriter, inventor, singer, preacher and author — "anything to get him out of work," Dean wrote.

Dean got his start in the music business as an accordionist at a tavern near Bolling Air Force Base in Washington, D.C., where he was stationed in the 1940s. After leaving the Air Force in 1948, he fronted his band, the Texas Wildcats, and gained a following through appearances on Washington-area radio.

Roy Clark, a young member of the band who went on to "Hee Haw" fame, said in a recent interview that "from day one, you knew it was Dean's way or the highway."

For Clark, it was the highway. After Clark showed up late one too many times, Dean told the young guitarist he would be a big star some day — and fired him. "I forgot how he worded it, but I was not helping his cause," said Clark, who remains friends with Dean.

By the early '50s, Dean's band had its first national hit in "Bummin' Around," and the rising star made his first appearance at the Grand Ole Opry. But Dean said he made about $35 on the record deal — a lesson that stuck with him.

In 1961, "Big Bad John" hit the market after his contract with Columbia Records had expired. Dean could barely hide his glee as the tune he wrote in less than two hours rose to the top of the country music and pop charts. Shamelessly, he put the word out, and "to no one's surprise I ended up renewing with an exceptionally good contract," he wrote.

His fame led him to a string of short-lived television shows, some of which sought to dress up Dean's homespun image. Dean's last big TV stint was ABC's "The Jimmy Dean Show" in 1963, which stayed on the air until 1966.

In the late '60s, Dean had entered the hog business. When hog prices plummeted, Dean thought sausages would provide a ready market for the hogs.

Jimmy Dean certainly knew sausages. His family had butchered hogs, with the young Dean whacking them over the head with the blunt end of an ax. The Dean brothers — Jimmy and Don — ground the meat and their mother seasoned it.

The Jimmy Dean Meat Co. opened in 1969 with a plant in Plainview. After six months, the company was profitable.

But in the '70s, tensions emerged between the Dean brothers, who shared ownership of the company. Jimmy seized control, and Don sold his interest back to the company. Jimmy claims that his brother's arrogance alienated meat buyers and contributed to a decline in sales.

Don, who is now deceased, sued Jimmy for libel and slander. The lawsuit was settled in 1980 for $148,000 and an agreement by both brothers never to say anything about each other again. Jimmy Dean kept talking, though, and the feud continued.

Sara Lee, a Chicago-based maker of apparel, food and household products, is also finding out how rough-and-tumble Dean plays. The company bought the Jimmy Dean sausage company in 1984 but let him go as spokesman last year.

Dean publicly announced Sara Lee's decision, claiming he was quietly dumped because he got old and Sara Lee wanted to appeal to young homemakers. Last month, Dean sued Sara Lee in federal court in Lubbock, Texas, for an unspecified amount, claiming the company is ruining his image and using his name without his permission.

The company said the lawsuit has no merit. "We are saddened Mr. Dean has taken these actions after such a long association with the company," Sara Lee wrote in an e-mail to The Associated Press.

Until his consulting agreement expired last year, Dean received annual payments to serve as the brand's spokesman, Sara Lee wrote. The company said it also pays him a "very generous pension in recognition of his contributions as the founder of the Jimmy Dean Meat Co., and we will continue to do so for the rest of his life."

But Dean is still bristling. That may explain why he's holding onto that last share of Sara Lee stock entitling him to attend annual stockholders meetings.