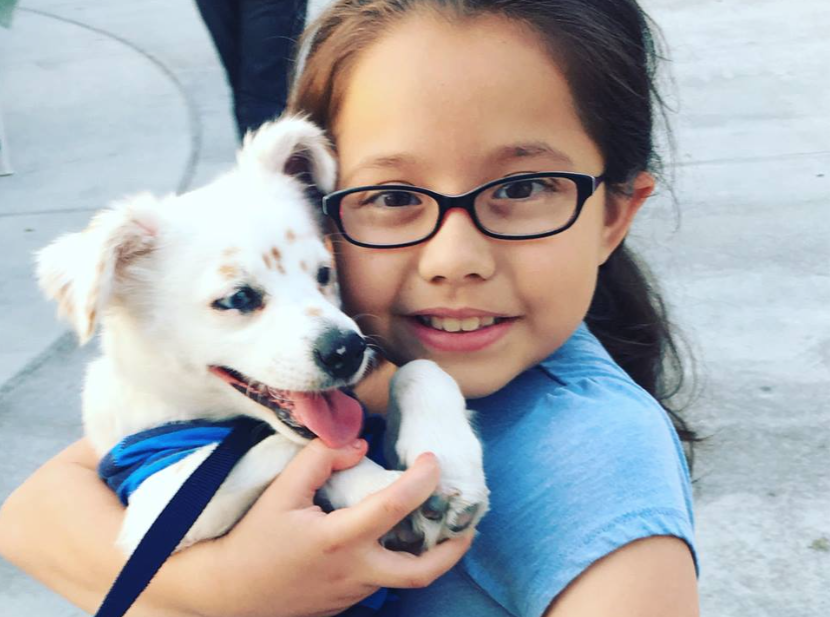 A 10-year-old girl is sharpening her sign language skills with an unusual student -- her 7-month-old puppy named Walter.

The pair, who were both born deaf, became best friends the minute they met back in January.

"They're the same," Julia's mom, Chrissy, explained in a video posted on Pasadena Humane Society & SPCA's Facebook page. "She's learned a whole other kind of love."

And Walter's learning a whole new way to communicate.

So far, the little girl has taught the terrier-chihuahua mix how to sit, ask for food and respond to his name.

A video one of Julia's signing lessons went viral on Facebook last week with 10,000 shares and more than 250,000 views.

"It's really amazing to see how this video is affecting and touching people in different ways," Holeman said. "We've noticed among the deaf community this video has struck a particular chord."

Several people were even inspired to share their own personal stories in response.

"Amazing!! This is my dog Wyatt. He is also deaf and he has no idea he is different," one user commented, along with a photo. "He is the sweetest dog I've ever met!"

"I have Pink and Blue -- brother and sister. Both are deaf and vision impaired," another wrote. "They are the best addition to our family/pack. Nothing slows them down. Deafies Rock."

Walter was the last dog of his litter to get adopted, but the animal shelter never gave up hope.

"He was initially overlooked by people who were not looking for a dog that couldn't hear," Holeman explained. "But he was a really cute, outgoing, active puppy."

Luckily, Chrissy jumped at the chance to unite her daughter with a dog just like her.

"When I first held Julia, since she couldn't really hear, she would smell my neck," her mom said. "And when I first held Walter he did almost the same exact thing. I remember just looking at him, and I knew that he was meant to be ours."