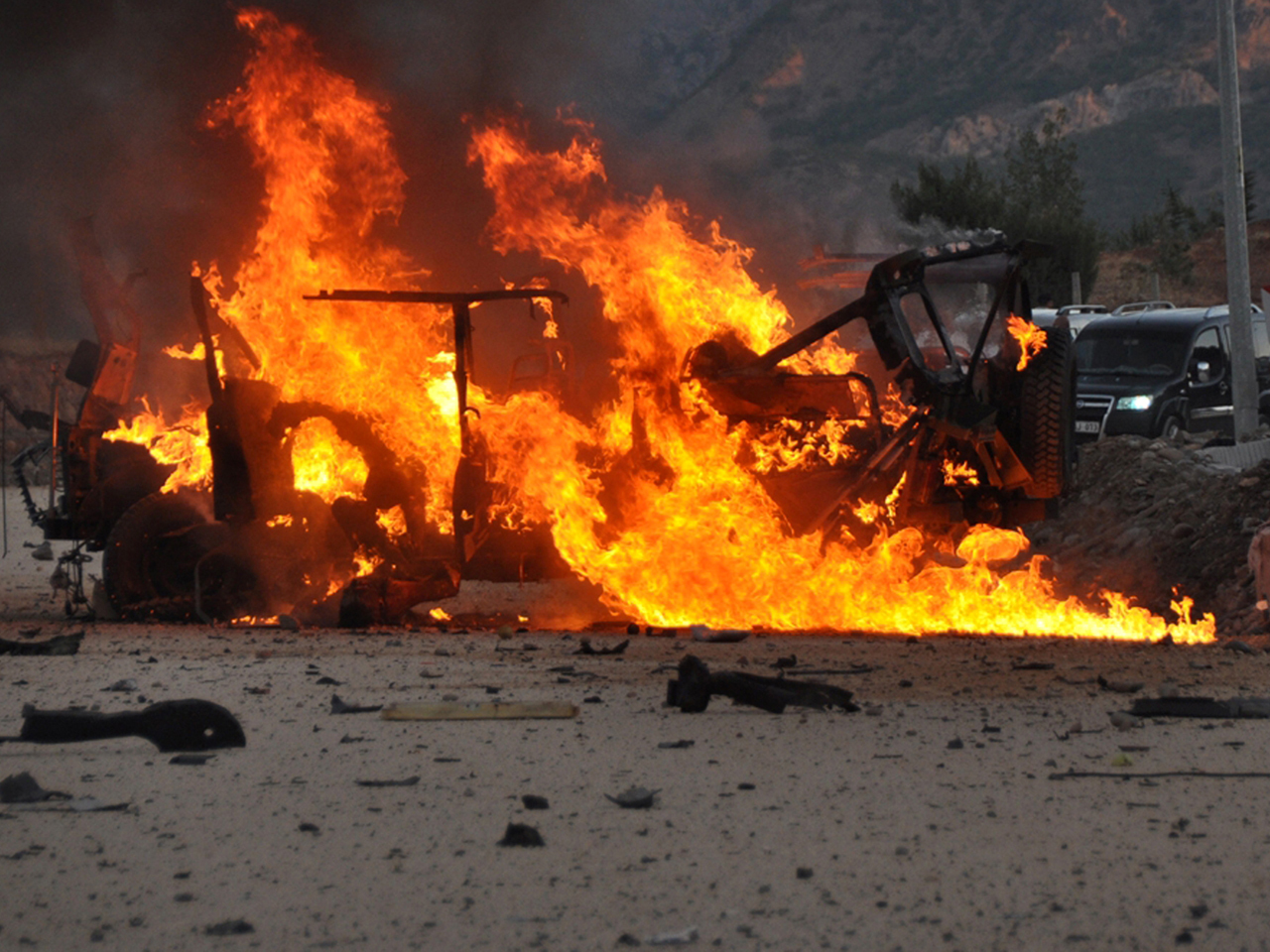 (AP) ISTANBUL - A blast ripped through a vehicle carrying Turkish security forces in an eastern province on Tuesday, killing six of them as well as a civilian walking in the road, media reported.

There was no immediate claim of responsibility for the explosion in the city of Tunceli, where Kurdish rebels are active. The blast sent up a huge plume of smoke. Ambulances and firefighters rushed to the scene, and the military launched an operation to try to find the culprits.

Fighting between Turkish forces and militants belonging to the Kurdistan Workers' Party, or PKK, has escalated in recent months.

Prime Minister Recep Tayyip Erdogan said last week that as many as 500 Kurdish rebels have been killed or captured in fighting in recent weeks, and he again urged the PKK to lay down their arms.

The conflict has killed tens of thousands of people since the rebel group — considered a terrorist organization by Turkey and its Western allies — took up arms in 1984. The PKK says it seeks self-rule in southeast Turkey.