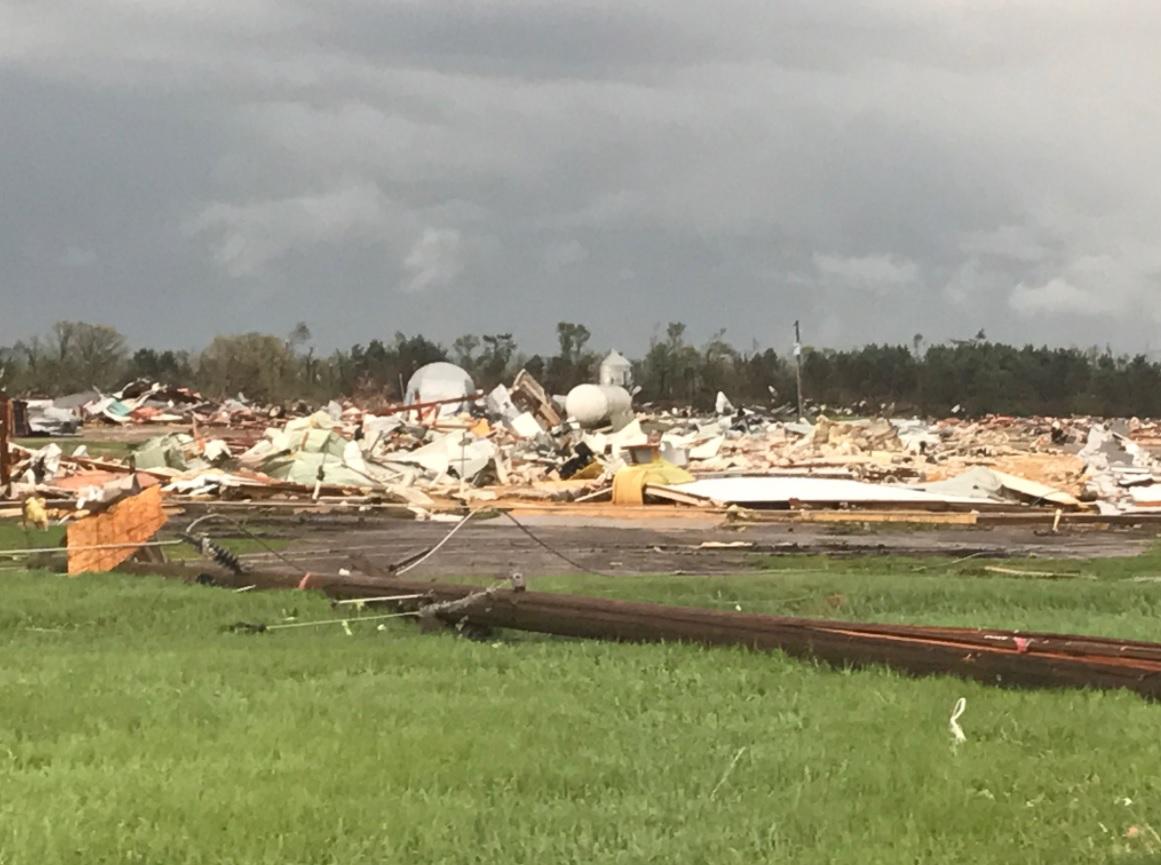 CHICAGO -- Two people died and dozens were injured when tornadoes flattened a mobile home park in western Wisconsin and parts of a housing subdivision in Oklahoma during powerful spring storms that battered an area from the South Plains of Texas to the Great Lakes.

In addition to the fatality, more than two dozen people were hurt and others are unaccounted for, he said.

Fitzgerald said damage is like nothing he's seen in more than 20 years in law enforcement. At least one entire block of trailers was gone. Some people were trapped in their trailers. Power lines were down, trees were ripped from their roots and homes were flattened.

In the aerial footage of the damage, it's difficult to tell where structures once stood.

Chetek is about 110 miles northeast of Minneapolis/St. Paul and about 40 miles north of Eau Claire, Wisconsin.

The Oklahoma storm struck about 7:15 p.m. Tuesday, wrecking much of a subdivision on the southern fringe of Elk City, Oklahoma, about 110 miles west of Oklahoma City.

The storm knocked out telephone service into and out of the city. But Fire Chaplain Danny Ringer told reporters at the scene late Tuesday that one person was known dead from the twister.

CBS Oklahoma City affiliate KWTV reports the person who was killed was in a car. The station says there were multiple injuries.

The station says 100 structures were damaged and more than 50 were destroyed.

The Wisconsin tornado was part of a huge swath of the Plains and Upper Midwest threatened with severe weather. The area stretches from the Texas Panhandle through Oklahoma, western Kansas, Nebraska and Iowa into Minnesota and Wisconsin.

Other tornadoes in western Oklahoma and the eastern Texas Panhandle have downed power lines and utility poles, but there were no immediate reports of injuries.

By evening, the National Weather Service listed more than 20 reports of tornadoes from Texas, Oklahoma, Kansas, Nebraska and Wisconsin, although some of those could be multiple reports of the same tornado.

A mobile home is a particularly dangerous place to be during a tornado, according to the National Weather Service. The Storm Prediction Center, which specializes in forecasting and gathering data on tornadoes, says high winds during a tornado can rip a mobile home without a foundation from its moorings.

In 2011, when devastating tornadoes struck in Joplin, Missouri, and in Alabama and Mississippi, 111 of the 551 people killed nationwide in tornadoes, or 20 percent, were in mobile homes, according to the Storm Prediction Center website.