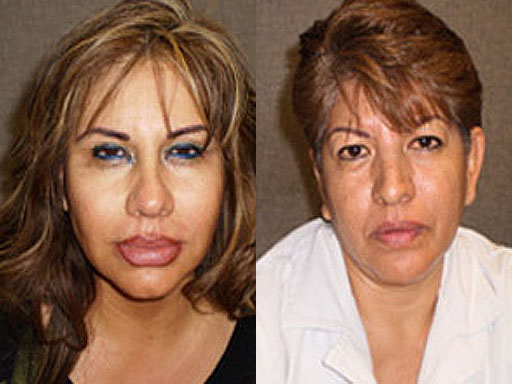 (CBS) The quest for beauty may have proved deadly for a 22-year-old California woman, who died after receiving silicone injections in the buttocks.

Autopsy results are pending, but Mayra Lissette Contreras is believed to have died from respiratory distress, according KTLA-TV in Los Angeles.

"Stories like this are all too common," New York cosmetic surgeon Dr. Michael Kane told CBS News. "Every year someone dies in this country from illegal silicone injections. These buttock injections are usually done by unlicensed people, because I don't know any licensed professional who would inject large amounts of silicone into the body."

In many cases, underground silicone injectors use industrial, rather than medical grade, silicone. Moreover, injecting large amounts of silicone (in the case of breast implants, the silicone is encapsulated) is dangerous.

The lucky victims develop thick scar tissue, says Kane. The unlucky ones die, often from a pulmonary embolism, in which silicone escapes into the bloodstream and causes a clot in the lungs.

Police are looking for two sisters in connection with the case. Investigators say one of the sisters, Guadalupe Viveros, 53, claimed to be a physician in Mexico, but is not allowed to practice medicine in the United States, according to KTLA TV.

The women came under investigation after other victims told police they had experienced ill effects after being injected in the buttocks or face. In some cases, the filler had hardened solid, police said according to the station.

Guadalupe Viveros and her sister Alejandra Viveros, 50, jumped bail after being taken into custody on June 21.