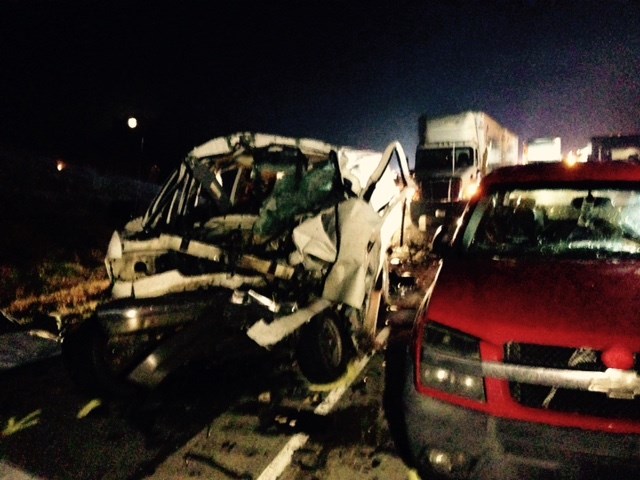 FOUKE, Ark. - A multi-car wreck on I-49 near Texarkana killed at least three people and shut down the interstate on both sides just after midnight on Tuesday.

Police told CBS affiliate KSLA in Shreveport, La., that in addition to the three deaths, there were at least seven injuries from as many as nine total crashed vehicles.

The accident Fouke, Ark., began in the southbound lanes, and was followed by a separate crash on the northbound side. State troops later shut down the roadway in both directions.

KSLA reports "one fatality is a truck driver who may have gotten out of his truck to try and help others in the crash before getting hit by a vehicle himself."

It also appears there are big containers of glue leaking on the ground.

The cause of the crash is unknown at this time.