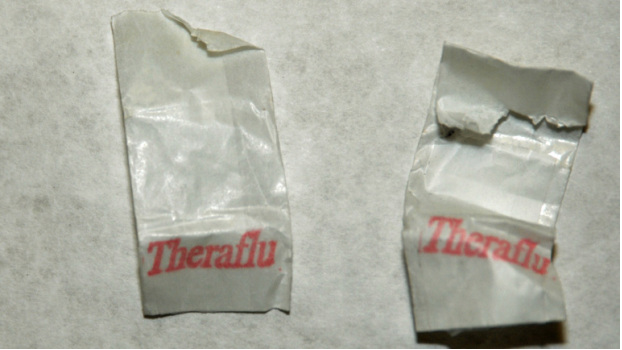 A deadly batch of heroin dubbed “Theraflu” is responsible for at least 17 overdose deaths in the Pittsburgh area in the past week, according to county health officials.

“It is absolutely critical -- especially those that have loved ones who are in recovery, or those that are addicted -- to make sure they know that if they have that bag, and it is stamped with ‘Theraflu,’ to get rid of it,” Pittsburgh mayor William Peduto, told CBS Pittsburgh. “It will kill you.”

Theraflu is the name of an over-the-counter cough and flu medication.

Williams told the paper the growing number of overdoses among local heroin users is a “major public health crisis.”

Fentanyl is a synthetic opiate in the same family of drugs as heroin and morphine that’s typically used to treat patients with severe pain or to help manage pain following surgery, according to the National Institute on Drug Abuse. NIDA points out that some users amplify the drug's potency by mixing it with street-sold heroin or cocaine.

County health officials issued an alert on Saturday after at least four people died in 24 hours, according to CBS Pittsburgh.

“When you get four (overdoses) in one day, three in another day, you’ve got a marked increase,” he said.

“That associated with some change in the pattern of what drugs people are getting,” Williams added.

The batch has been responsible for dozens of deaths around the United States, including 250 reported last year.

“A lot of people that think that they’re getting heroin may be getting something that is 10 to 100 times more potent than heroin,” said Williams.