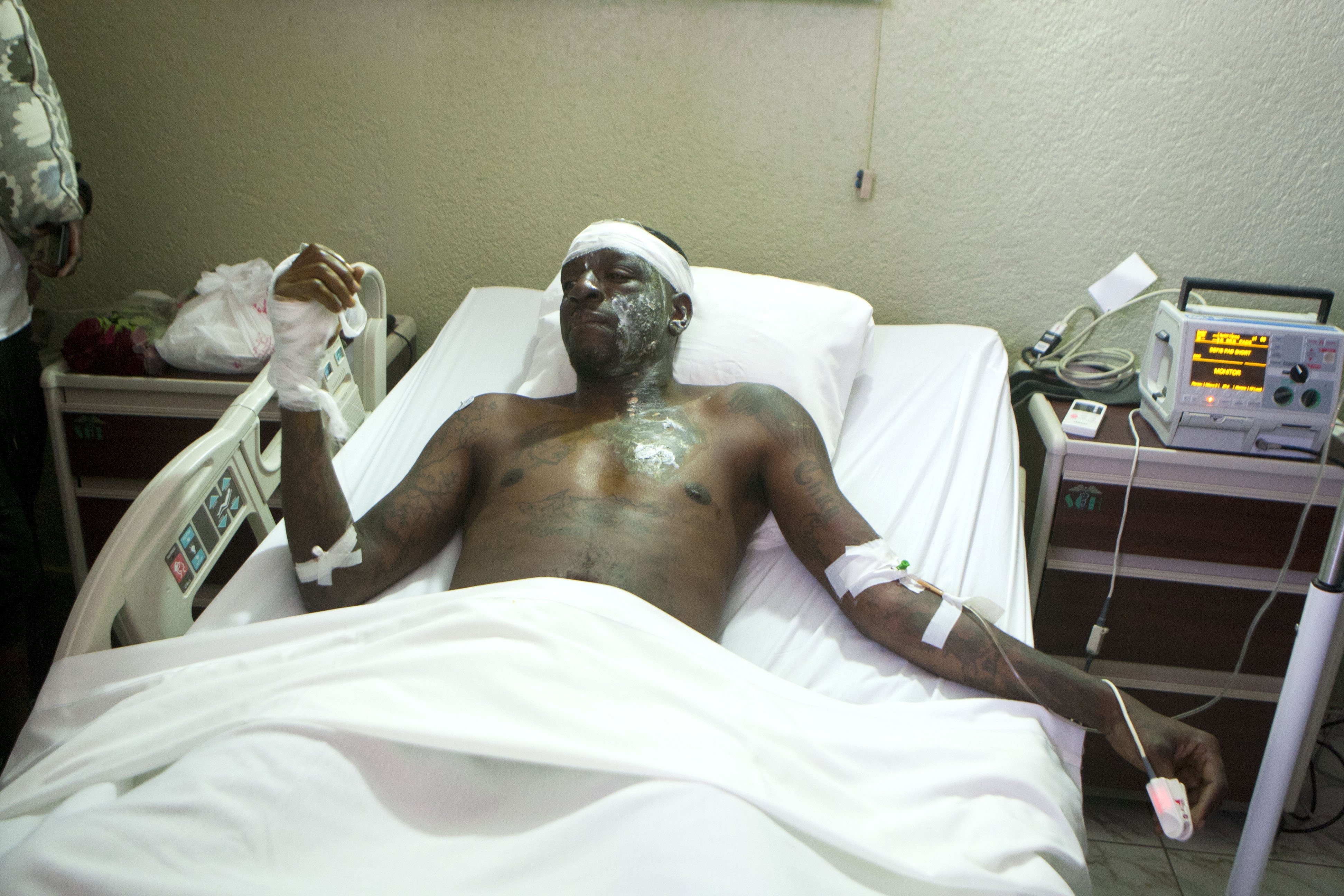 PORT-AU-PRINCE, Haiti - A Haitian singer who was shocked by a high-voltage wire during Carnival is giving his account of what may have caused an accident that resulted in 16 deaths.

The hip-hop performer known as Fantom from the group Barikad Crew says a man on their Carnival float responsible for moving power lines moved two of three wires when their float abruptly moved forward.

The singer whose real name is Daniel Darinus was standing atop a speaker. He instantly lost consciousness when he was shocked and the sparks set off a deadly stampede.

Darinus spoke to journalists Wednesday in the hospital where doctors say he is in good condition despite his burns.

The accident occurred as thousands of people filled the streets of downtown Port-au-Prince for the raucous annual celebration.

Prime Minister Evans Paul said 16 people were confirmed dead and 78 were injured. He declared three official days of mourning for the impoverished Caribbean country. Haitian officials canceled Tuesday's third and final day of Carnival events and announced a state funeral and vigil on Saturday for the victims.

Dr. Joel Desire, a doctor at General Hospital, said most of those killed appeared to have been trampled to death as the crowd surged away from the Carnival float, one of 16 in the downtown parade.

Witnesses said panic ensued when people jumped off the float to avoid being electrocuted.