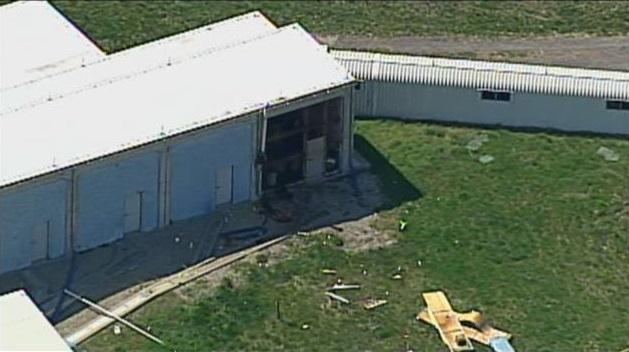 KANSAS CITY, Mo. -- An explosion at a sprawling ammunition plant near Kansas City, Missouri, killed one employee and injured four others Tuesday, according to the U.S. Army.

The blast at the Lake City Army Ammunition Plant in Independence, just east of Kansas City, occurred in a building where chemicals are mixed, Army officials. The building has been secured and rendered safe, they said, allowing investigators to begin looking into what caused the explosion.

The 77-year-old plant is the first of a dozen Army-run small-arms factories. The plant makes small-caliber ammunition and tests its reliability. It also operates the NATO test center.

Lt. Col. Eric Dennis, commander of the plant in Independence, and Jim Nickels, a vice president with Orbital ATK, a private contractor that manages the plant, said at a news conference all the nearly 1,800 employees were sent home after Tuesday’s explosion. They declined to release any information on the victim or other details.

“Making ammunition is dangerous work and our employees risk their lives to protect the men and women in uniform,” Dennis said. “This is the sacrifice they make to support our country and I am humbled by the ultimate sacrifice this employee made today.”

The property has more than 400 buildings and nine warehouses, and has a storage capacity of more than 700,000 square feet. Its workforce includes 29 Department of Army civilians and a soldier to provide contract oversight. It has a governmental staff payroll of $2.9 million.

Mark Carrick, deputy fire chief in Independence, said the plant has its own fire brigade that worked on the explosion.

Orbital announced Monday that it has received a $92 million order from the Army for 5.56 mm and 7.62 mm ammunition, adding that Orbital and the Army “have made significant upgrades at the facility in recent years that have enhanced product quality; and performance, efficiency and operational improvements for safety and environmental stewardship.”

The Bureau of Alcohol, Tobacco, Firearms and Explosives will lead the investigation. Workplace safety experts with the U.S. Department of Labor’s Occupational Safety and Health Administration also will be looking into the blast.

Scott Allen with the U.S. Department of Labor’s Occupational Safety and Health Administration says he has few immediate details about Tuesday afternoon’s blast.

The installation is closed for the remainder of the day.  Employees should call their building hotline number before returning to work Wednesday.

In March 2011, six people were injured at the same ammunition plant, KCTV reports.

The largest penalty paid was from that incident, when the operator at the time, Alliant ATK, was initially fined $28,000 and paid $5,600 after the Occupational Safety and Health Administration cited it for “serious” issues with process safety management of hazardous chemicals.

This is a developing story ...