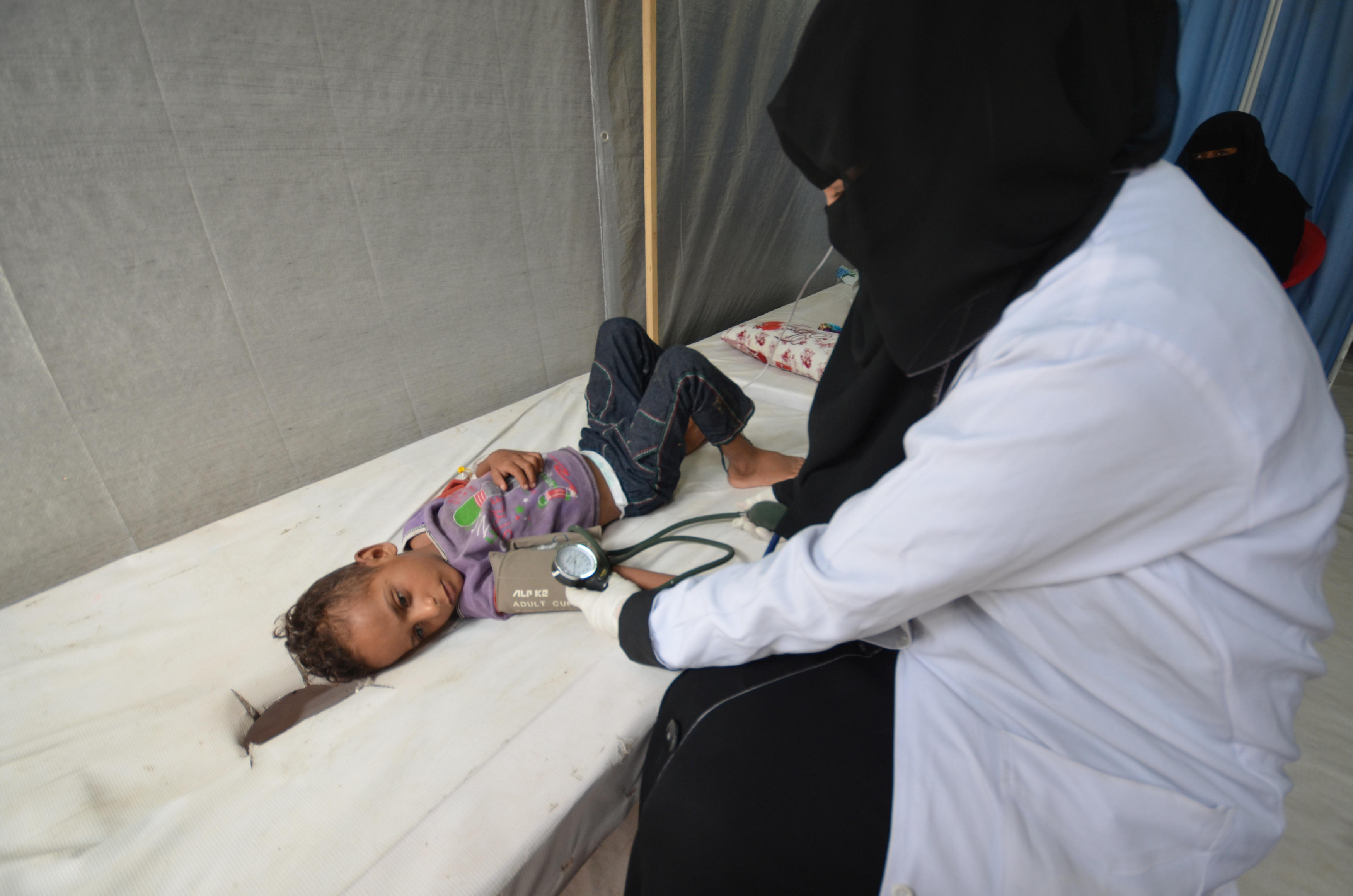 SANAA, Yemen -- The U.N. humanitarian coordinator in Yemen says a cholera outbreak has killed 124 people over the past two weeks.

Jamie McGoldrick told reporters Monday that another 11,100 people were believed to have been infected, and that medicine was arriving. But he also urged donor countries to fulfil more than $1 billion in aid pledges made in Geneva last month.

A Saudi-led coalition has been battling Shiite Houthi rebels in Yemen since March 2015, in a war that has killed more than 10,000 civilians.

The World Health Organization said last month that fewer than 45 percent of health facilities in Yemen are now fully functioning, and that the flow of "essential medicines" has fallen by nearly 70 percent.

Some 17 million of Yemen's 26 million people lack sufficient food and at least three million malnourished children are in "grave peril," according to the Reuters news agency citing the United Nations.

Reuters also points out that a cholera epidemic late last year petered out but outbreaks are becoming more frequent.