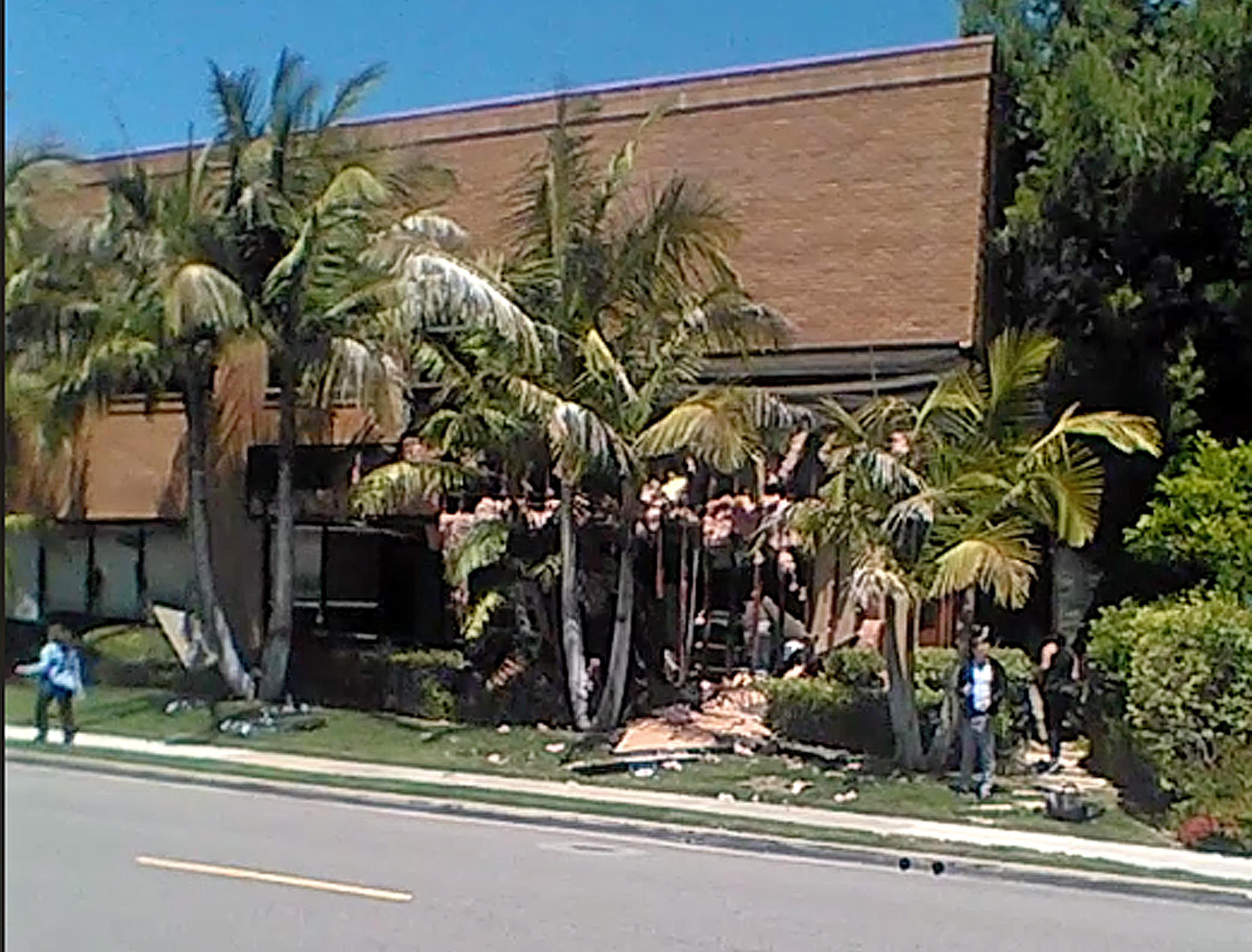 LOS ANGELES -- A deadly explosion at a Southern California office building is being investigated as a crime, and the woman killed is believed to be the owner of the business where the blast took place, according to authorities. The business operates as a day spa, said officials.

Speaking at a news conference Wednesday, FBI official Paul Delacourt said investigators do not believe the Tuesday afternoon blast in the city of Aliso Viejo was an accident.

"At this point, our working theory is that this explosion was caused by a device, and although the damage was extensive, there are some components that we have located at the scene that are inconsistent with what one might expect to find at this business," said Delacourt, who joined officials with the Orange County Sheriff's Department in releasing new details on the investigation Wednesday.

Two other people, believed to be patrons, suffered injuries which required surgery and are expected to survive. A third person was treated for smoke inhalation, CBS Los Angeles reported.

Officials said there have been no arrests in the case.

In the early morning hours Wednesday, FBI investigators began searching a home in Trabuco Canyon were Krajnyak was believed to have been living with her estranged husband. The couple were in the process of losing the home to foreclosure, according to court records.

A CBS Los Angeles helicopter also captured footage of FBI agents Wednesday serving a warrant on a home on East El Paseo Street in Long Beach. A bomb-disposal vehicle was parked outside the while agents came in and out of the home. That warrant was believed to be linked to the investigation.

Bomb technicians and agents from the Orange County Sheriff's Department, the FBI and the Bureau of Alcohol, Tobacco, Firearms and Explosives were at the scene Tuesday night. The woman who was killed inside the building was "in close proximity" to the explosion, sheriff's Cmdr. Dave Sawyer had said.

"Anytime you see an explosion of this magnitude, it would definitely be suspicious to us," Sawyer said.

Mary McWilliams told the Orange County Register that she arrived for an appointment to find smoke surrounding the area and car alarms going off. She said she saw two burned women staggering out of the building, covered in ash and soot.

One woman, who had skin peeling on her arm from burns, said, "Take care of my mother," McWilliams said. The other woman was bleeding from her head. Fire officials said a third person suffered smoke inhalation.

A daycare center and preschool across the street was evacuated. Some children held hands as they were led out by firefighters while sheriff's deputies rolled out babies in cribs.

"When I was playing outside I heard the big crash, I thought it was a garbage truck but it was a building that smashed," 6-year-old Kingston Dik told KNBC-TV.

No children were hurt.