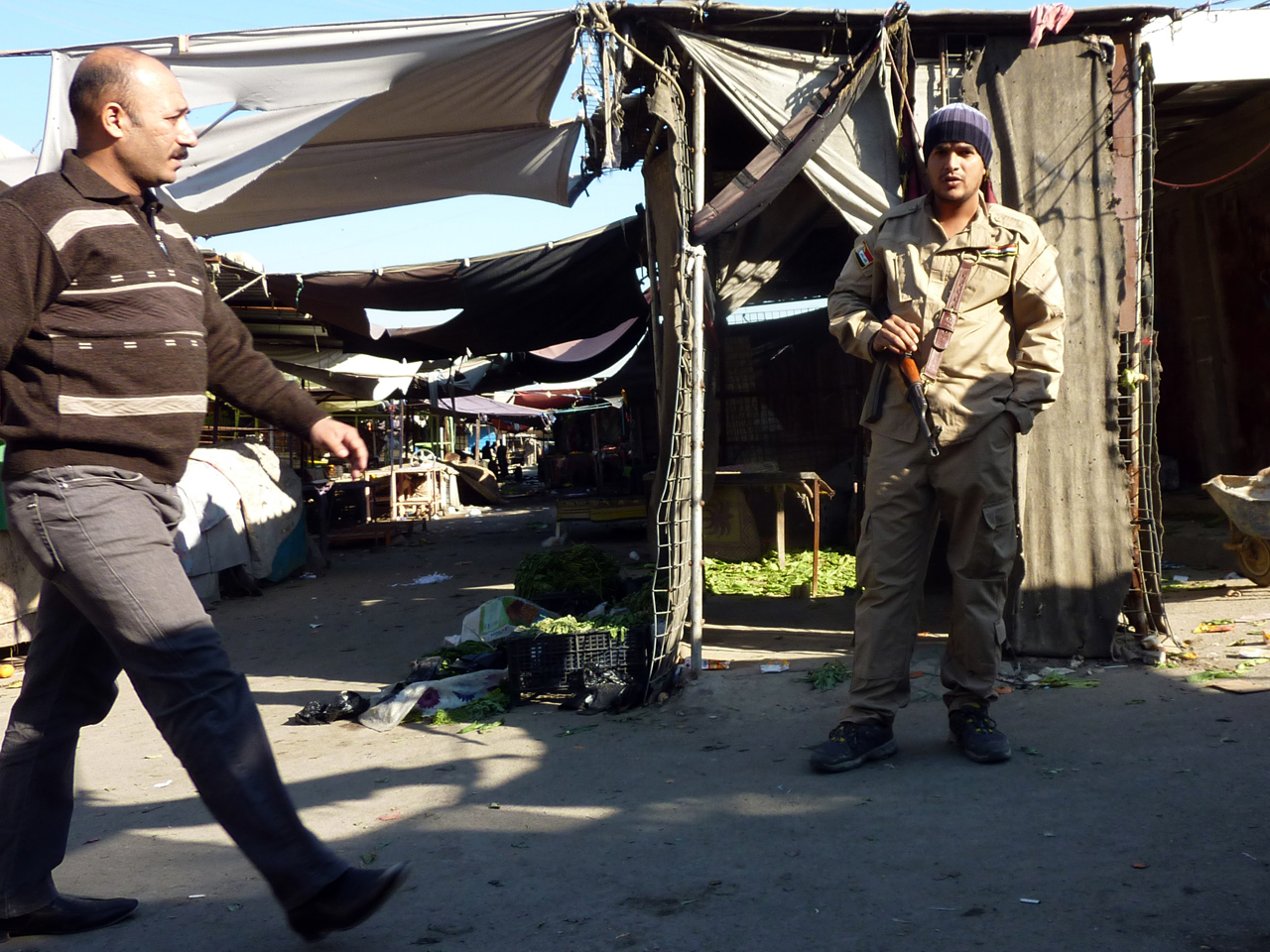 In one attack, a car bomb went off near a church in the capital's southern Dora neighborhood, killing at least 26 people and wounding 38, a police officer said.

Earlier, two bombs ripped through a nearby outdoor market simultaneously in the Christian section of Athorien, killing 11 people and wounding 21, the officer said.

The Iraq-based leader of the Chaldean Catholic Church, Louis Sako, said the parked car bomb exploded after Christmas Mass and that none of the worshippers were hurt. Sako said he didn't believe the church was the target.

There was no immediate claim of responsibility for the attacks, but Iraq's dwindling Christian community, which is estimated to number about 400,000 to 600,000 people, often has been targeted by al Qaeda and other insurgents who see the Christians as heretics.

Along with Christians, other targets include civilians in restaurants, cafes or crowded public areas, as well as Shiites and members of the Iraqi security forces, attacked in an attempt to undermine confidence in the Shiite-led government and stir up Iraq's already simmering sectarian tensions.

A medical official confirmed the casualty figures. Both officials spoke on condition of anonymity because they are not authorized to talk to the media.

Wednesday's bombings came amid a massive military operation in Iraq's western desert as authorities try to hunt down insurgents who have stepped up attacks across Iraq in the past months, sending violence to levels not seen since 2008.

The Christmas Day attacks brought the total number of people killed so far this month in Iraq to 441. According to United Nations estimates, more than 8,000 people have been killed since the start of the year.