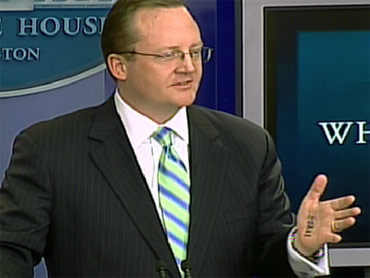 A section of the futuristic, cylindrical passenger terminal at Paris' Charles de Gaulle airport collapsed Sunday, killing up to six people and injuring three in a shower of concrete, glass and steel.

There was no sign that foul play was to blame for the collapse, Transport Minister Gilles de Robien said. The terminal opened 11 months ago after several construction delays, which French television station LCI said were caused by safety issues.

"Some witnesses heard cracks just before the collapse, cracks and some dust from the concrete," said Pierre Graff, president of the Paris airports authority.

An Air France plane coming from New York and another from Johannesburg, South Africa had just landed at Terminal 2E when the accident happened at about 7 a.m., Graff said. The identities of the dead were not immediately known.

The 450-yard-long cylinder-shaped structure sits on pylons about 20 feet off the ground. It is surrounded by glass and honeycombed with hundreds of square windows that bathe the area inside with natural light.

The collapsed area was about 50 yards long.

President Jacques Chirac said he was requesting "that the necessary investigations be immediately started so that the causes of this accident can be determined as quickly as possible."

Search dogs indicated there were few, if any, people still under the wreckage, said Michel Sappin, prefect of the Seine-Saint-Denis region where Charles de Gaulle airport is located just north of Paris.

Hundreds of rescue workers rushed to the scene and temporary hospitals were set up on the tarmac and inside the terminal.

The terminal will eventually have the capacity for 10 million passengers per year.

Just north of Paris, Charles de Gaulle is France's largest airport, handling about 58 million passengers a year, with more than half a million arrivals and departures.