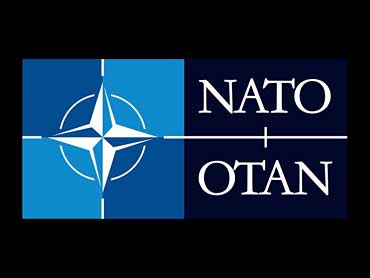 NATO, in the midst of its biggest rift since the Cold War, broke a month-long stalemate Sunday over defensive actions in case of war in Iraq, reaffirming alliance solidarity while supporting U.N. efforts for a peaceful solution.

"Alliance solidarity has prevailed," NATO Secretary-General Lord Robertson said. "We have been able collectively to overcome the impasse."

After France was shut out of the room, two other holdouts — Germany and Belgium — dropped their objections to starting the planning for Turkey's defense immediately, NATO officials said.

Belgium insisted at the last minute on linking any eventual NATO deployment to developments at the U.N. Security Council.

But the final statement says: "We continue to support efforts in the United Nations to find a peaceful solution to the crisis."

NATO diplomats said the United States and other allies objected in principle to tying alliance decision-making to any other organization.

For the past month, Belgium, France and Germany blocked a NATO decision to begin planning to help defend Turkey — the only NATO ally bordering Iraq — against any potential reprisals for a U.S. attack. They argued that such a move was premature and would undermine U.N. efforts to avoid a war.

NATO, trying to end the stalemate, put the issue Sunday to its Defense Planning Committee, which excludes France. Paris left NATO's military command structure in the late 1960s and participates only in political consultations.

The committee was used ahead of the 1991 war against Iraq to approve aid for Turkey. But NATO has sought to limit its use since the end of the Cold War in a spirit of rapprochement with Paris.

Some progress was made after "very intensive negotiations," a NATO official said, adding that the idea of starting planning was now "uncontested."

The United States proposed a month ago that the alliance consider sending early-warning AWACS aircraft, missile defenses and anti-biochemical units to Turkey.

But after France, Germany and Belgium blocked that planning for three weeks, Turkey on Feb. 10 invoked NATO's mutual defense treaty, which binds the allies to talks when one feels threatened.

Turkey feels especially vulnerable, especially as it considers allowing tens of thousands of U.S. soldiers to use Turkish facilities for a possible war on Iraq.

The United States and its allies say denying support for Turkey's defense erodes the alliance's credibility and sends the wrong signal to Iraqi President Saddam Hussein.

Some of the measures can be done bilaterally — Germany has already agreed to send Patriot missiles to Turkey via the Netherlands — but those missiles need to be linked to NATO radar networks to be effective.

Germany and other countries also have promised AWACS crews, but the planes themselves are NATO assets.

The monthlong dispute has driven a deep wedge into the 53-year-old alliance.

It also has exacerbated tensions within Europe ahead of Monday's emergency summit of 15 European Union leaders, who are trying to reconcile their own differing policies on Iraq.

Britain, Spain, Denmark and Italy have backed President Bush, while France and Germany have tried to slow what they view as his rush to war.