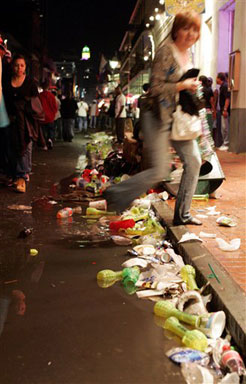 Juan Guzman, Terry Mulholland and Shawon Dunston also got dealt in a flurry in the final minutes.

The busy Oakland Athletics shuffled their staff, bracing for a wild-card run. They got Appier from the Kansas City Royals and also sent Taylor to the New York Mets for Jason Isringhausen and Greg McMichael.

"They're in a step-on-the-gas mode," Appier said. "They think they've got a good thing going and they're trying to improve their team."

The Mets, meanwhile, made two other trades.
In a five-player swap with Colorado, the Mets obtained outfielder Darryl Hamilton and reliever Chuck McElroy for outfielder Brian McRae and two minor leaguers. Later, the Mets got infielder Shawon Dunston from St. Louis for minor leaguer Craig Paquette.

Also moving to New York again was Leyritz. The Yankees reacquired the postseason hero from the San Diego Padres for a minor league pitcher.

A half-hour before the deadline, the Cincinnati Reds bolstered their rotation by getting Guzman from the Baltimore Orioles.

Then, the Chicago Cubs traded Mulholland and infielder Jose Hernandez to Atlanta for minor league pitcher Micah Bowie, another minor leaguer and a player to be named.

And, in one last deal, Boston picked up pitcher Bryce Flori from Detroit.

Trades can still be made after the deadline, but players must first pass through waivers. That means any club can step in and block a potential deal.

There was no deal for Finley. Though the Yankees showed interest, the Cleveland Indians were believed to have pursued the Anaheim ace the most.

"Chuck Finley is still on the Angels," general manager Bill Bavasi said. "We did not shop around, it came down to one club. We gave them a group of players we would take and it stayed there. They called and said they did not accept it."

"I'm glad, but I'm not saying that I hate Kansas City or the fans," Appier said. "I'm going to miss them and it's not like I'm going to leave the city."

Oakland traded three young pitchers for Appier: Blake Stein, Jeff D'Amico and Brad Rigby. The Athletics, 3 ½ games behind Toronto in the wild-card race, also sent away the 37-year-old Taylor, who has 26 saves.

"We appreciate Kevin's long and loyal service," Royals general manager Herk Robinson said. "However, the Royals organization has made a commitment to reducing payroll and taking advantage of signing the numerous picks we had in this June's amateur draft."

The Athletics recently traded pitcher Kenny Rogers to the Mets and also got pitcher Omar Olivares and infielder Randy Velarde from Anaheim.

"When we made all these deals, we had a grand plan in mind," Athletics general manager Billy Beane said. "One had to fall in order for the other to fall. This is a big deal."

"We wanted to add to the present and future with every deal we did. Kevin has been a No. 1 and he brings a No. 1 mentality. There's a lot of value in that," he said. "We weren't supposed to be here in July. Now we're trying to make our mark in this race."

There had been talk the AL East-leading Yankees would send struggling starter Andy Pettitte to Philadelphia, but manager Joe Torre said before Saturday's game at Boston, "I don't think it's going to happen."

In the meantime, the Yankees completed a deal for Leyritz.

"They could have traded me anywhere, but it shows th class of this organization to give me another opportunity back in New York," Leyritz said.

"Playing in New York for as many years as I did, it's almost like being in the World Series every day. I thrived on it while I was there," he said.

Leyritz, 35, is hitting .239 with eight home runs and 21 RBIs. He can play first base or DH, and was Pettitte's personal catcher with the Yankees.

The Padres got minor league pitcher Geraldo Padua for Leyritz. The 22-year-old righty was 9-4 with a 2.86 ERA for Class A Greensboro.

"I'm a little surprised, but a little relieved that it's over," Hamilton said. "I gained about 25 games in a five-minute phone call."

McRae, 31, has been a disappointment with the Mets, batting .221 with eight homers and 36 RBIs. Beltran, 29, was optioned to Triple-A Norfolk July 25.

"Darryl's hitting over .300 right now and we think he's going to improve us offensively and defensively," Mets general manager Steve Phillips said. "Unfortunately, Brian couldn't get anything going this year."

Guzman, 32, was 5-9 with a 4.18 ERA. The Orioles sent him and cash to the Reds for minor league pitchers B.J. Ryan and Jacobo Sequea. Last July 31, Baltimore got Guzman from Toronto.

And in a swap of 25-year-old minor league pitchers, the Florida Marlins sent Brandon Villafuerte to the Detroit Tigers for Mike Drumright.