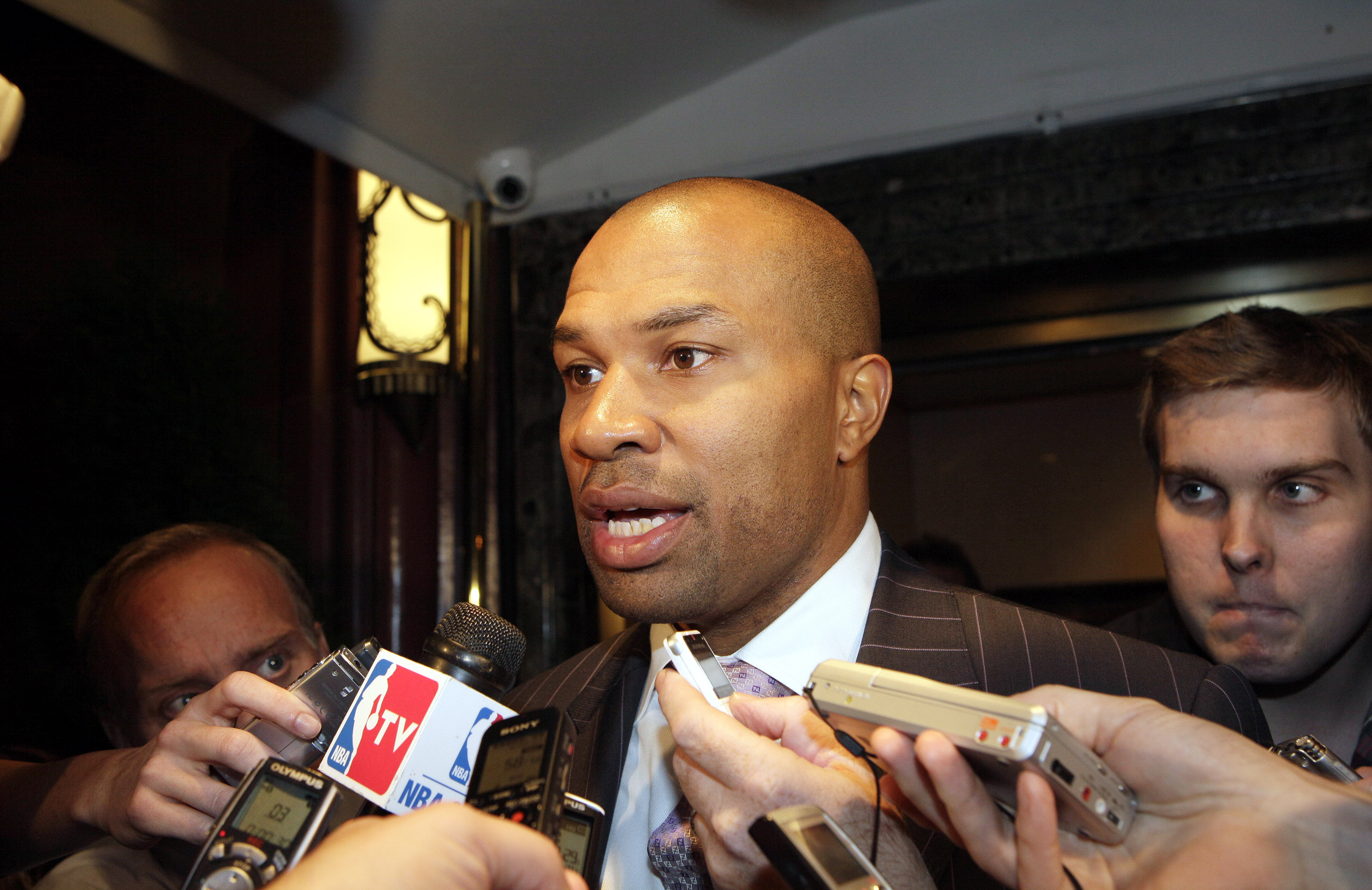 NEW YORK - Facing a Monday deadline to reach a deal or have regular-season games canceled, NBA owners and players have resumed talks toward ending the lockout.

Commissioner David Stern said last week he would cancel the first two weeks of the season Monday without an agreement on a new labor pact. Opening night is scheduled for Nov. 1.

Top negotiators for both sides returned about 14 hours after ending talks Sunday night. They are still apart on the main issues of the division of revenues and the salary cap system, with many lesser items not even discussed.

Owners locked out the players July 1 when they couldn't reach a deal before the expiration of the old collective bargaining agreement.

The revenue split has been such a headache that the sides didn't even discuss it Sunday night. Players were guaranteed 57 percent of basketball-related income in the previous deal and have proposed going as low as 53 percent, a reduction they say would transfer more than $1 billion to owners over the course of six years.

The league has asked for a 50-50 split, which the union rejected last Tuesday. After that meeting, Stern canceled the remainder of the preseason schedule and set the deadline for losing regular-season games.

The NBA hasn't lost games to a work stoppage since the 1998-99 season was reduced to 50 games.

The cost of cancellations would be staggering. Silver said the league would lose hundreds of millions of dollars, while Hunter estimated players' losses at $350 million for each month they were locked out.

The league and union would probably need close to a month between the time of an agreement and the moment games could be played, leaving time to draft the new labor document and vote on it, have a free agency period, then open training camps and schedule perhaps a couple of preseason game per team.

Neither side would say if there was any progress Sunday, when they focused on cap issues. But the union postponed a regional meeting in Los Angeles so Hunter and Fisher could remain in New York and meet with NBA officials again. They had planned to fly early Monday morning.

Shaq buys shoes for teen whose mom can't afford them