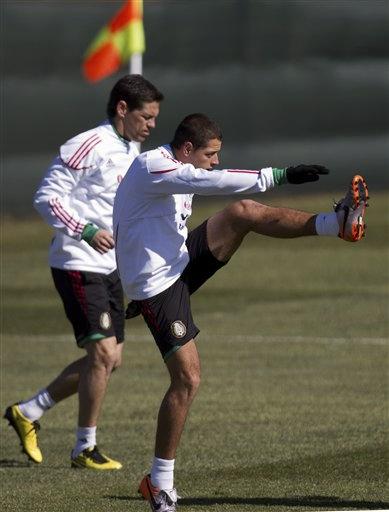 A strike threat looms over last-minute talks between United Airlines and its largest union, under pressure to reach a new contract agreement by a judge's Tuesday deadline.

Negotiations between the airline and the International Association of Machinists and Aerospace Workers continued into early Tuesday as another union representing United's 7,000 mechanics ended electronic voting on a proposed contract deal.

Members of the Aircraft Mechanics Fraternal Association were voting on whether to accept a five-year pact entailing $96 million in annual reductions and 3.9 percent pay cuts, among other conditions.

Meanwhile, negotiators for United and the union representing its 20,000 ground workers talked by phone, fax and e-mail Monday night into Tuesday morning to try to resolve remaining differences over the terms of a new five-year contract. Both sides returned to Chicago but had not met face-to-face by late Monday, IAM spokesman Joseph Tiberi said.

"The District 141 Negotiating Committee returned to Chicago today, fully prepared to conclude our negotiations with United Airlines. Prior to our departure on Friday, we were encouraged by the progress toward a fair and equitable settlement on all issues, including the issue of a replacement pension plan," Randy Canale, president of IAM District 141, said in a posting on the union's Web site late Monday night.

If there is no contract agreement, Bankruptcy Judge Eugene Wedoff has said he will rule Tuesday afternoon on whether United can break the union's contract unilaterally in order to impose lower wages and benefits. The IAM contends such an action would give it the right to strike, and union leaders served notice again Monday that the workers are poised to walk off their jobs if necessary.

Canale's message said the sides continued to exchange proposals, but he also encouraged members to check the Web site or call a hot line for updates, "including instructions in the event the judge rules in United's favor."

United spokeswoman Jean Medina said the two sides were in contact throughout the holiday weekend and the company remained hopeful of a settlement.

United, a unit of Elk Grove Village, Ill.-based UAL Corp., was seeking $175 million in annual concessions from the IAM to complete a companywide package of $700 million in yearly labor savings.

Interim contracts for both the machinists and the mechanics expire Tuesday.

In January, the mechanics narrowly voted down a previous contract agreement. The union submitted the new tentative pact to its members without recommending which way they vote.

That pact calls for mechanics to take the 3.9 percent pay cuts starting June 1, on top of 14 percent reductions two years ago. Reduced benefits, such as sick days and holidays, would account for the rest of the labor savings.

A 5 percent defined-contribution pension plan is part of the contract, replacing the former defined-benefits plan. The mechanics' union also would get $40 million in convertible notes upon United's exit from Chapter 11 bankruptcy.