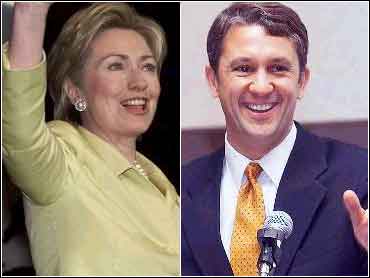 The survey, conducted by the Quinnipiac University Polling Institute, found the first lady and the Republican congressman from Long Island each favored by 45 percent of voters statewide.

That is statistically unchanged from a poll conducted in June by the institute. Other polls have shown the race to be equally close since Lazio declared his candidacy May 20.

The telephone poll of 1,086 registered voters was conducted July 5-10 and has a margin of error of plus or minus 3 percentage points.