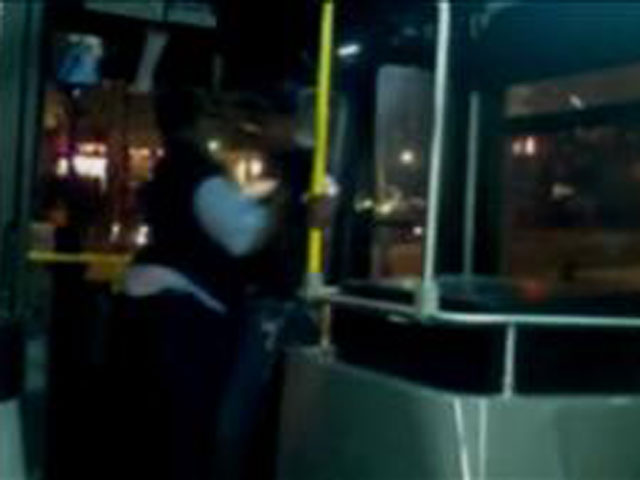 (CBS/WUSA) WASHINGTON - Washington D.C. transit officials are now searching for a bus driver who was videotaped literally throwing a would-be passenger off the bus.

According to WRC-TV, the video was uploaded over the holiday weekend but officials are uncertain when or where the incident took place. Although the driver's face is visible in the video, officials have reportedly been unable to identify him and are trying to locate whoever uploaded the video to get more information.

The video, uploaded to the site i-Tube, shows the driver forcibly wrestling the man out of the bus. The man clings tightly to a railing as the driver finally forces him out and then would-be passenger hits the ground outside the bus with an audible thud. During the incident, the passenger says, "I ain't done nothing to nobody or nothing."

Metro says that what the driver did is completely unacceptable, according to CBS affiliate WUSA. If drivers have a problem with a passenger, they are suspposed to contact police and have them handle it.

Amalgamated Transit Union Local 689 President Jackie Jeter says unless there's a threat to the passengers, you shouldn't toss riders off the bus, reports WUSA. But Jeter did say, "But it's a stressful job."

According to WUSA, Jeter questioned the details of the incident and said that attacks on drivers a too common. "Anywhere for [sic] a brick being thrown at a bus to actually being assaulted, there are probably about 200 cases (every year) that aren't talked about or publicized, " added Jeter.