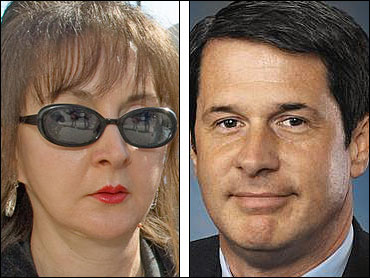 A woman accused of running a Washington prostitution ring placed five phone calls to David Vitter while he was a House member, including two while roll call votes were under way, according to telephone and congressional records.

Vitter, a Louisiana Republican now in the Senate, acknowledged Monday that his number was on the woman's call list and apologized for a "very serious sin." The married father of four has remained in seclusion since, missing Senate votes and other activities Tuesday, Wednesday and Thursday, but a colleague says he's expected back for roll call votes next week.

Senator Jim DeMint says he has been trading e-mails with Vitter and it's his understanding that the Louisana Republican has been in Louisiana with his wife and their four children.

Telephone records released by Deborah Jeane Palfrey indicate she placed calls that were answered by Vitter's Washington phone on five occasions while Vitter was in the House, from 1999 through 2001. On four of those five days, the House was in session and Vitter participated in every roll call vote.

One day was particularly busy in the House, with Vitter's phone receiving Palfrey's call in the middle of the eighth recorded vote of the day, at 5:06 p.m., according to the records.

The records do not indicate whether Vitter himself took the calls or if another person, an answering machine or another answering device picked up the calls.

Federal prosecutors have accused Palfrey of running a prostitution ring beginning in 1993. She says her escort service, Pamela Martin and Associates, was a legitimate business offering sexual fantasies.

Palfrey has said her practice was to promptly return calls placed to her company, to verify the caller's identity and decide whether to arrange an appointment with one of her female employees. All types of researchers are now poring over the thousands of numbers she has released in the hope, Palfrey says, of locating defense witnesses for her case.

Vitter, 46, moved to Washington after winning a special House election in May 1999. His wife and children remained back home, as do many lawmakers' families.

According to the published phone records, the first call placed from Palfrey's phone to Vitter's was at 5:57 p.m. on Oct. 12, 1999, a Tuesday. Vitter participated in three House roll call votes that day, beginning at 7:45 p.m.

On Monday, Sept. 18, 2000, Palfrey called Vitter's phone at 6:36 p.m., records indicate. Vitter joined 376 colleagues at about that time in voting to approve the District of Columbia and United States Territories Circulating Quarter Dollar Program Act. The roll call began at 6:30 p.m., according to House records, and ended at 6:39.

Lawmakers often spend only seconds or minutes to vote in the House chamber and then leave to make calls, check messages or chat with aides or colleagues.

Palfrey's third call to Vitter's phone was placed at 5:06 p.m. on Oct. 26, 2000, a Thursday. Vitter voted in all 10 roll calls that day, starting at midmorning and ending well after dark. Palfrey's phone call came during a 21-minute recorded vote in which Vitter joined most of his GOP colleagues in approving the Small Business Investment Act.

The calls were first reported by The Times-Picayune of New Orleans.

A day after Vitter apologized for his relationship with Palfrey, another accused madam spoke up, saying the senator had been a regular customer of her Canal Street Brothel in New Orleans. She told The Times-Picayune that Vitter had preferred the company of a woman who worked under the name of Wendy Cortez.

The Times-Picayone reports that the woman, whose real name is Weny Yow, according to her ex-husband, confirmed that Vitter was a regular client of hers several years ago when he was a state legislator.

On Thursday, The Times-Picayune asked Vitter's office whether he had ever hired a prostitute or knew Wendy Cortez. In response, his office issued a statement that referenced his Monday apology regarding the Washington escort service and reiterated that he was not implicated in a federal investigation that led to the closing of a Canal Street brothel in 2001.

"Senator Vitter was very honest and direct in his statement on Monday. Unfortunately, that has resulted in political enemies and those looking to profit from the situation shopping all sorts of false stories. Four different lawyers in the Canal Street matter, including the lead defense attorney and the U.S. attorney, have confirmed Senator Vitter had nothing to do with the operation in any way. But sadly the media insists on being completely irresponsible and continues to report rumors and false accusations," Joel DiGrado, a Vitter spokesperson, told The Times-Picayune.

Vitter, a Harvard graduate and Rhodes scholar, was elected to the Senate in 2004. He faces re-election in 2010.