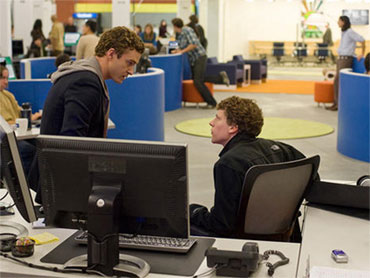 "The Social Network" was named Best Film of 2010 by the Washington D.C. Area Film Critics Association.

The drama about the founding of Facebook also won awards for director David Fincher and screenwriter Aaron Sorkin.

Colin Firth won Best Actor for his portrayal of a stammering monarch in "The King's Speech."

Jennifer Lawrence won Best Actress for playing a young woman struggling to save her Missouri backwoods home in "Winter's Bone."

"This was easily the most competitive ballot in the history of our association," said WAFCA president Tim Gordon. "We have never had so many tight races."

Best Documentary was "Exit Through the Gift Shop."

WAFCA, which includes 50 members from the D.C., Maryland and Virginia areas, announced its winners Monday morning.