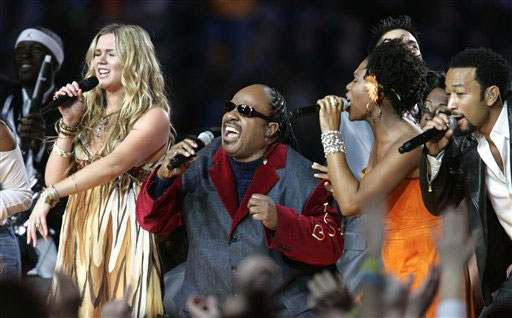 The Diamondbacks spent $118.9 million on six free agents during the past month in a dramatic effort to transform an expansion team that lost 97 games into a NL contender.

After the team signed Randy Johnson to a $52.4 million, four-year deal, Colangelo said the Diamondbacks were finished with free agents.

When Finley heard that, he said he quickly called Danny Ainge, coach of the NBA's Phoenix Suns, a team Colangelo also owns. Ainge gave Finley Colangelo's cell phone number and said to call him right away.

Finley reached Colangelo in New York, where he was about to join the NBA labor talks.

"Jerry and I had a conversation and I told him at that point that I wanted to be a Diamondback, and the rest is history," Finley said.

Colangelo said the Diamondbacks had moved in other directions after initial talks with Finley didn't go anywhere.

"Had he not taken the initiative because he wanted to be here, I don't think we'd be here today," Colangelo said.

Finley said the Diamondbacks' signing of Johnson was the clincher.

"I'm going to be 34 next season," Finley said. "I'm not a 22-year-old who's going to play another 10 or 12 years and maybe have a couple of chances to go. I want to win now. When I saw they signed Johnson, I wanted to be here then for sure."

Arizona's deal far exceeded the $12 million, three-year offer Finley had to remain with the San Diego Padres. Finley gets a $500,000 signing bonus and salaries of $.25 million per season.

Most of the Diamondbacks' spending spree went for pitching. Todd Stottlemyre agreed to $32 million for year years, Armando Reynoso got $5.5 million for two years and reliever Greg Swindell received $5.7 million over three years.

The starting rotation of Johnson, Stottlemyre, Reynoso, Andy Benes and either Omar Daal or Brian Anderson could be the second-best, behind Atlanta, in the National League.

"You win with pitching and defense. That's what we did last year in San Diego," Finley said. "When you walk into the clubhouse, and you see what you have around you, sometimes that's half the battle. You've just got to believe when you go out there on the field that you're going to win. With the talent we're going to put out there on the mound, you're going to see that just about every day."

He blamed much of last season's troubles on a foot injury that bothered him the last half of the 1997 season. He underwent surgery after that season, preventing any off-season workout.

"The doctor who performed the surgery told me it would take a full year to really recover from it," Finley said. "I didn't want to believe him, but after going through everything I went through last year, I believe it now."

Colangelo said the Diamondbacks will be looking to make a trade for a right fielder. The team has a surplus of starting pitchers, with young left-hander Brian Anderson the leading candidate to go.

"If you're asking me are we going to sign any more free agents," Colangelo said, "the answer is no."

But he knows himself too well, and after a brief pause added, "I think."