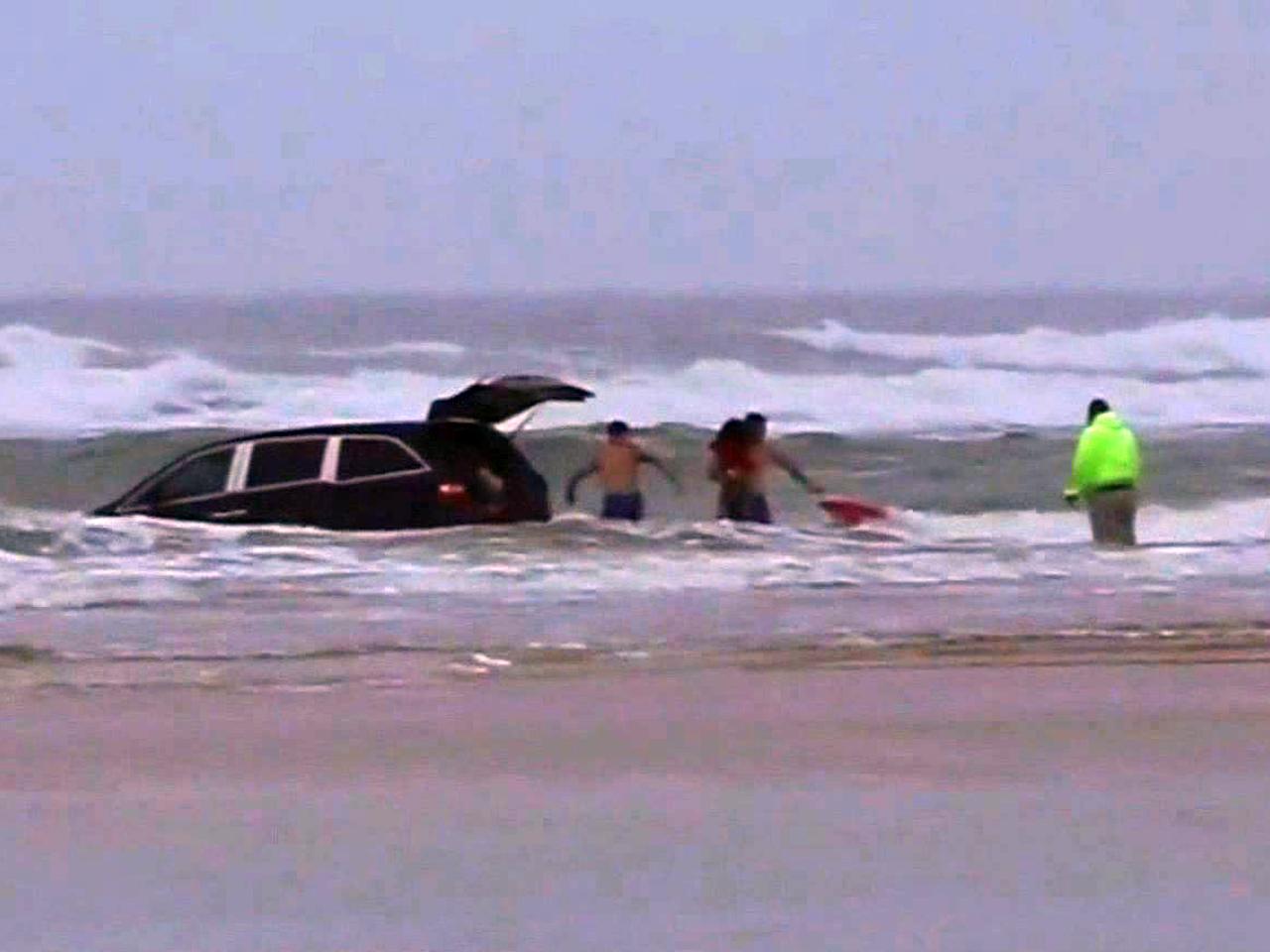 Police in Florida tell CBS News investigators are questioning a pregnant mother after she drove a minivan into the ocean in Daytona Beach, Fla.

Dramatic video captured of the scene shows the incredible moments on the beach in Daytona -- a minivan drifting deeper and deeper into the Atlantic with a mother and her three small children, CBS News' Terrell Brown reported.

Witnesses say the vehicle was moving along the beach at the water's edge, and then suddenly plunged into the ocean.

One witness said, "My friend pointed out that there was a car getting really close to the beach, and actually started driving on the water. I saw a kid in the back, like waving his arms around, like screaming, 'Help us! Help us!' and the car kept going deeper."

Bystanders rushed toward the scene. Tim Tesseneer and another man were one of the first to reach the car.

Tesseneer said, "She was pretty deep, and the water was moving the van, and the kids were screaming. He got the two kids out while she dove out the window, the driver's window...just belly-flopped into the water."

Moments after pulling two children to safety, the men realized there was another child still stuck inside the vehicle.

"The kids are screaming, 'There's a baby, there's a baby'," Tesseneer recalled. "I get back to the van, and by this time a couple of lifeguards have made it down there to us, and come to find out there's a baby still strapped in the seat, but we got her."

In the video, a lifeguard can be seen carrying that child away from the vehicle.

Authorities are investigating how and why the vehicle got into the water. All three children and their mother were taken to a nearby hospital to be examined.

Local police tell CBS News that the children are believed to be currently in state custody. The Department of Children and Families is also investigating the incident.