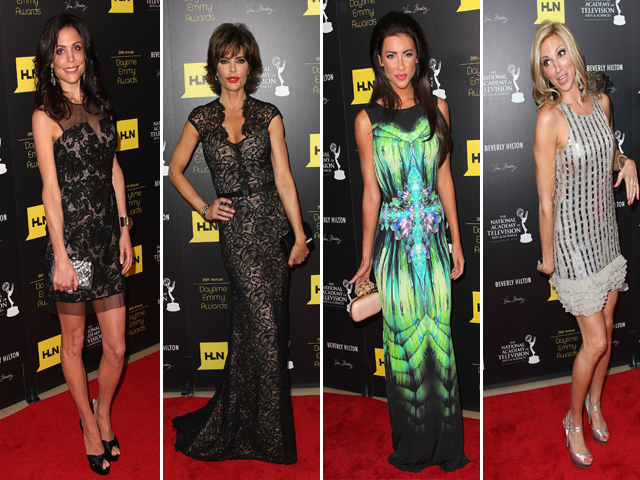 (CBS News) The daytime television stars who got it right at the Daytime Emmy Awards kept it simple, wearing various versions of the sartorial staple - the black dress.

Bethenny Frankel, the former "Real Housewives of New York" star, wore a little black dress that mixed lace and sheer in a tasteful way. Lisa Rinna wore black lace as well, but she instead opted for a longer more formal gown by Theia that flattered her figure.

Actress Christel Kahlil, who won an award for her work in "The Young and the Restless," hopped on the LBD trend too, wearing a simpler all black halter-style dress.

Several other actresses at the award ceremony went for the bolder brighter summer looks that didn't quite work well on the red carpet.