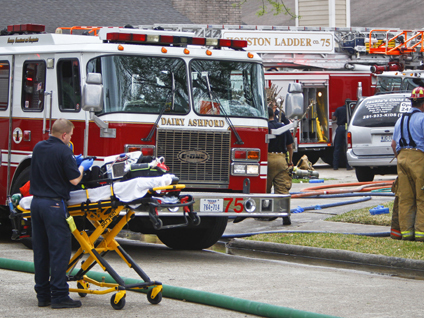 HOUSTON - Federal officials say a Houston day care operator who is believed to have fled the U.S. has been indicted on four charges of manslaughter in connection with a deadly blaze that killed four children.

The U.S. Marshals Service announced the indictment Friday night against Jessica Tata. She is also facing 10 other charges.

Investigators say Tata was shopping and had left the children she was taking care of alone when the Feb. 24 fire began.

Authorities believe the 22-year-old fled to Nigeria before she could be charged in the case.