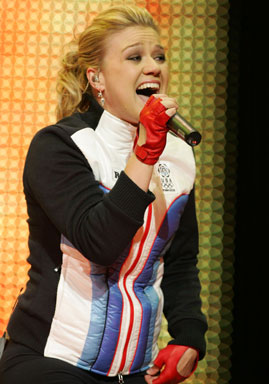 In their biggest victory in 46 years, the New York Yankees routed the Cleveland Indians 21-1 Saturday as Chili Davis went 5-for-6 with six RBIs.

Jorge Posada had a career-high four hits and drove in three runs, and Scott Brosius and Davis homered in the Yankees' biggest victory since routing the Washington Senators 21-1 on Aug. 12, 1953.

"Maybe there's a message there, but the Cleveland Indians are the type of team that can score 21 runs against you," Davis said.

"I tried to throw as if it was a very tight ballgame," Irabu said. "You never know when that lineup is going to explode."

Cleveland, which has lost eight of nine, gave up its most runs since a club-record 24-5 loss to Boston on Aug. 21, 1986. It was the second straight crushing defeat for Cleveland, which blew a 10th-inning lead in Friday night's 9-8, 10-inning loss.

Mark Langston (1-1), who in his previous appearance at Yankee Stadium gave up Tino Martinez's go-ahead grand slam in Game 1 of last year's World Series, was treated to a rude welcome and then got rocked for his worst loss in 11 years.

As he walked to the mound in the first, a videotape of Martinez's homer, which started New York toward a sweep of San Diego, was shown on the stadium scoreboard.

"The New York Yankees should be above that," he said. "I have no idea who's responsible for it."

The Yankees then quickly scored four runs in the first, added another in the fourth, and chased Langston in a seven-run fifth. Langston gave up nine runs for the first time since April 29, 1988 at Oakland when he was with Seatle, allowing 10 hits in 4 1-3 innings.

Tom Candiotti was the next victim, allowing five runs while getting two outs.

Davis, who raised his average to .299, hit a two-run single in the first off the glove off center fielder Kenny Lofton, putting the Yankees ahead.

Davis, who matched his career-high for hits, singled in the third, doubled with one out to start the big fifth, then singled home the final run of the inning.

He also hit a three-run homer off Candiotti that capped a six-run sixth and flied out to the warning track in right center in the seventh.

"There's nothing in the world you can do with a game like today," Indians manager Mike Hargrove said. "You just file it and move on."