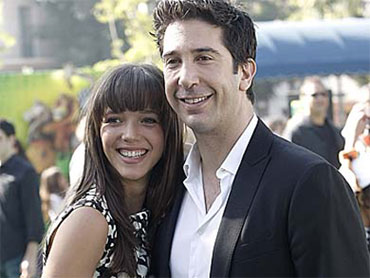 Schwimmer, 43, and Buckman, 24, a photographer, reportedly met in London when he was directing the 2007 film "Run Fatboy Run."

This is the first marriage for both.