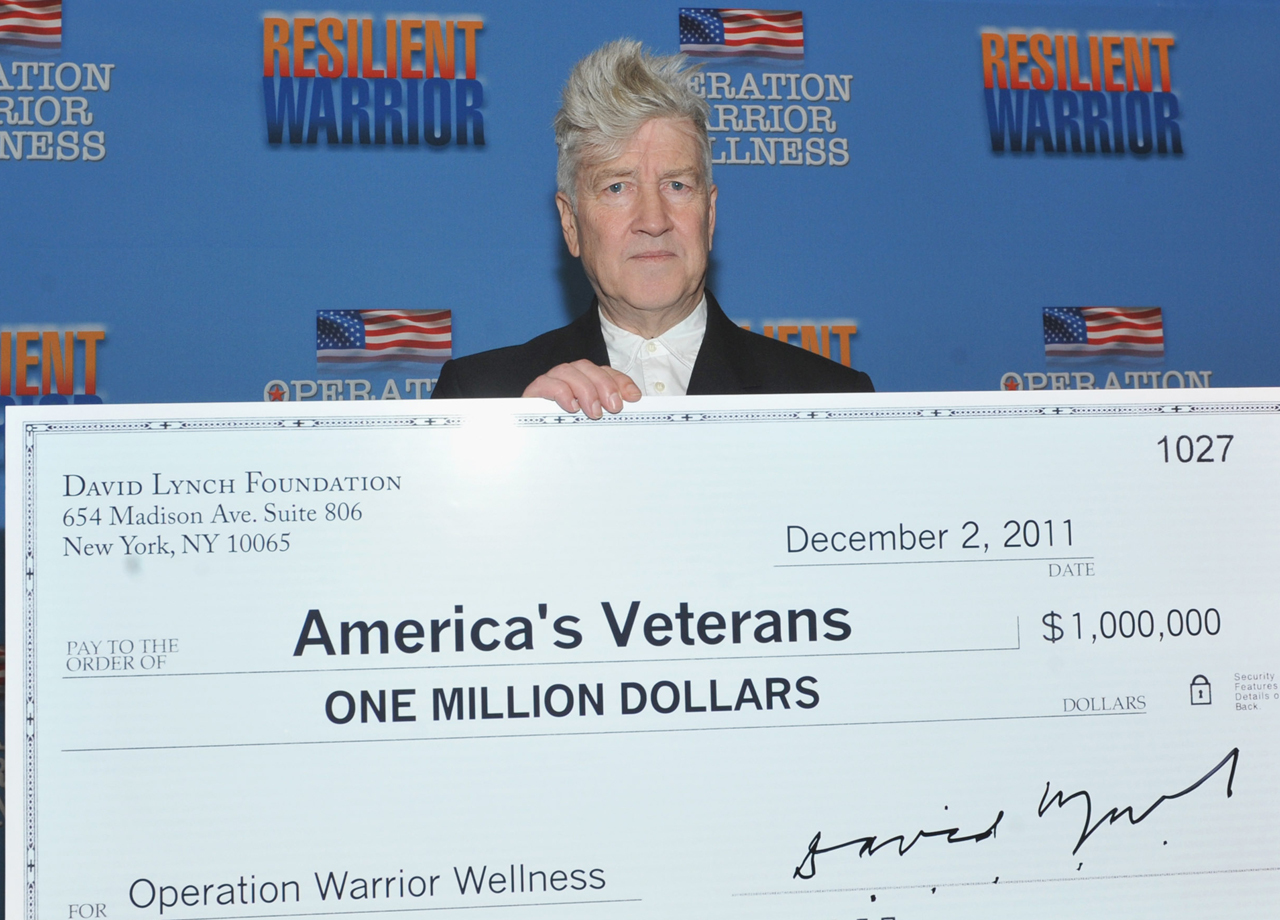 The David Lynch Foundation is giving $1 million in grants to teach the meditation technique to active-duty military personnel and veterans and their families suffering from post-traumatic stress.

The filmmaker said Friday that the grants are from the Operation Warrior Wellness division of his foundation, which funds meditation instruction for various populations, including inner-city students and jail inmates.