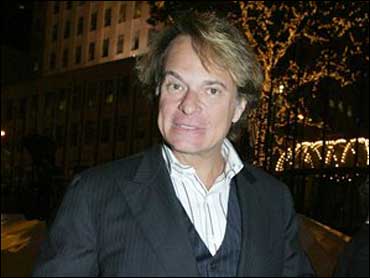 Rocker-turned-radio host David Lee Roth, who accepted the no-win task of replacing ratings king Howard Stern in January, was bounced from the airwaves Friday after barely three months on the air in New York, Philadelphia, Boston and four other markets.

"I was booted, tossed, and it's going to cost somebody," Roth said on his last show, intimating that his lawyers would go after CBS Radio for the full compensation due from his reported $4 million contract. The timing of the move was interesting: It arrived just days before the Roth show's first Arbitron numbers.

CBS Radio spokeswoman Shavonne Harding said the company would have an announcement soon on its plans. She declined any other comment, and would not say who will replace the former Van Halen frontman on Monday's morning drive time shift.

Roth said he was only told about the syndicated show's demise while riding in a car to the WFNY-FM studios in Manhattan.

His replacements, in a hiring fraught with bizarre subplots, will be shock jocks Greg "Opie" Hughes and Anthony Cumia — currently available only to the 6.5 million listeners on XM satellite radio.

"Apparently we can talk about it now. So much for keeping a lid on this," the pair said Friday on their show's Web site. "The Opie and Anthony show will be replacing David Lee Roth in several markets on CBS Radio Free-FM stations."

Opie and Anthony's syndicated show was yanked from terrestrial radio in August 2002 after airing a live account of listeners having sex in St. Patrick's Cathedral. The company that silenced the duo was the same one that just hired them back, CBS Radio.

It also puts the pair in the slot long dominated by Stern, who feuded with Opie and Anthony for years before leaving for Sirius Satellite Radio. And it reverses the trend of satellite looting traditional radio for talent. Instead, CBS Radio is reaching out to satellite radio for syndicated programming.

"What they're doing is switching to a proven act," said Tom Taylor, editor of the trade publication Inside Radio. "This is a group with a pedigree. I would think the stations involved are very happy about this."

There is no word on when the Opie and Anthony show will debut on CBS Radio. The Associated Press was told the pair will do three hours on both XM and CBS, and two additional hours exclusively for the satellite audience.

In addition to New York, Boston and Philadelphia, Opie and Anthony will reportedly air in Pittsburgh, Cleveland, West Palm Beach, Fla., and Dallas.

Further proof of how strange the O&A move was: Bill Donohue of the Catholic League, who demanded the pair's dismissal after the St. Patrick's scandal, issued a statement wishing the pair well.

"(They've) made it clear they regretted the St. Patrick's stunt," said Donohue, who appeared as a guest on the pair's XM show. "In short, the Catholic League hopes Opie and Anthony have a great run onCBS Radio."
By Larry McShane