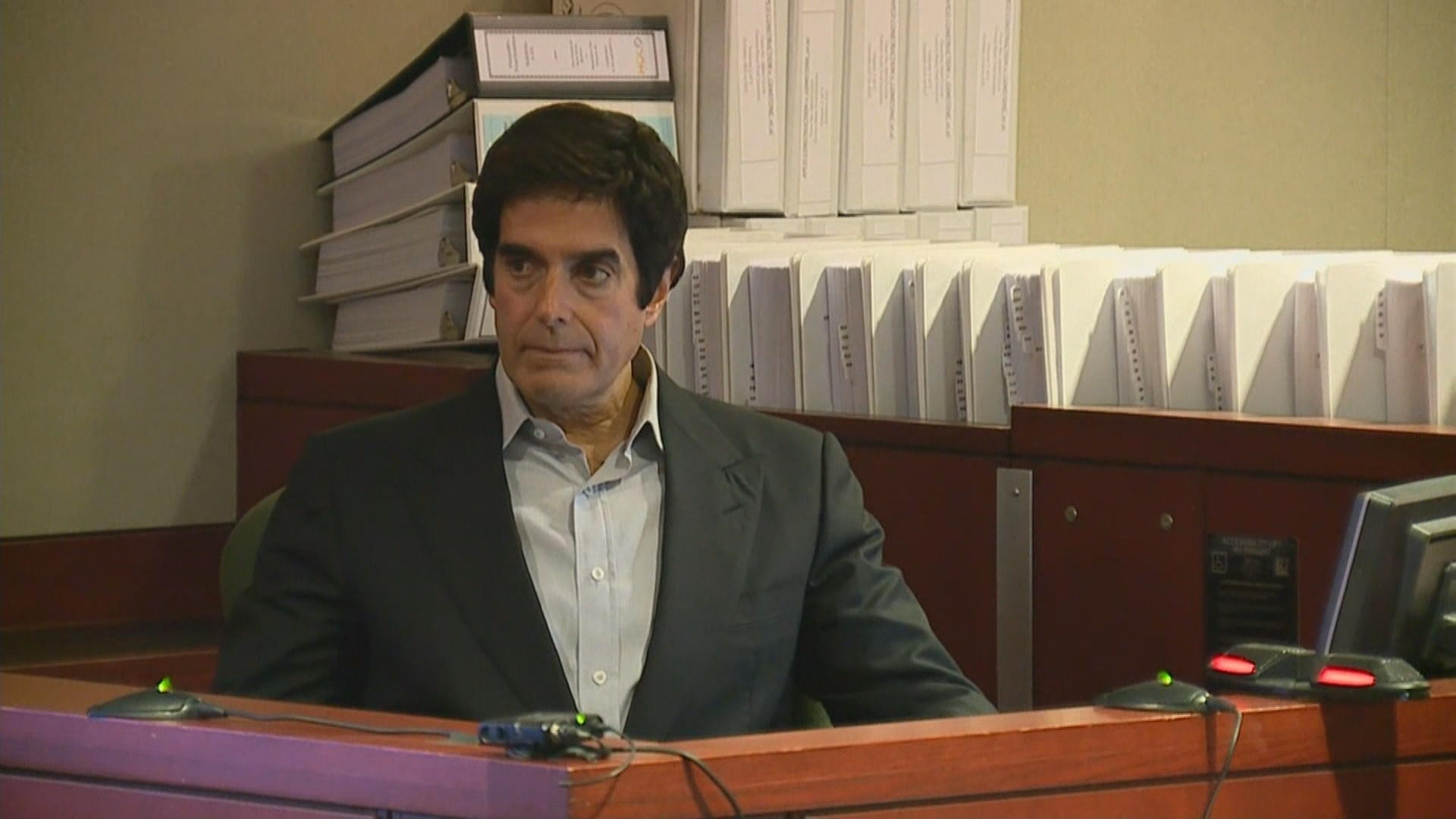 LAS VEGAS -- Celebrated magician David Copperfield will be back on the stand in a Las Vegas courtroom today. He's being sued by a British tourist, Gavin Cox, who said he was seriously injured while participating in one of Copperfield's famous tricks in 2013. Now the plaintiff's attorney tells CBS News that two other women have come forward, saying they were also hurt during the same illusion. Copperfield denies he is at fault.

Copperfield is likely the most well-known and among the wealthiest magicians in the world, reports CBS News correspondent Jamie Yuccas. He's been amazing audiences at the MGM Grand for more than 20 years. One of his signature moves is making members of his Las Vegas crowds disappear in an illusion known as "The Thirteen." But now his world of illusion is colliding with the tough reality of a lawsuit, not only against him, but also against the hotel where he performs.

Copperfield was in a Las Vegas courtroom last week, forced to reveal how the trick works: around a dozen participants are chosen at random. They're placed in a cage, covered by a curtain that hovers over the stage. Once the curtain obscures the participants, stagehands swoop in and lead them by flashlight through a series of backstage passageways – out of the building then back in – where they re-appear in the back of the room.

In November of 2013, Cox was excited to be picked to a part of the act.

"What he wanted to do for his birthday was come to America, come to Las Vegas, go to the MGM Grand and see his idol perform," Cox's lawyer Benedict Morelli told Yuccas. Cox was severely injured during the trick, which Morelli's team exposed in court.

"They're rushed around this circuitous route… often very dark, on different surfaces. Running very quickly and moving and making lefts and rights and not knowing exactly where they're going. And it's [an] accident waiting to happen," Morelli said.

According to the complaint, Cox slipped on construction dust and debris in a dark passageway. His lawyer said he suffered a traumatic brain injury as well as injuries to his spine and shoulder. He said his medical bills now total $1.3 million.

"My client was put in a position where he was doing things that he didn't know he was going to do and he was injured as a result… you know, people just don't trip and get as injured as he got," Morelli said.

In court, Copperfield testified he personally inspects the passageways.

"Ten minutes before they do, I do to inspect the route," Copperfield said.

Copperfield is no longer performing the trick. But the magician's lawyers claim 55,000 audience members have participated in it through the years and no one has been hurt, insisting they were moved along in an orderly fashion.

"They make their own choice of how fast they want to go, want to move. Is that true?" the lawyer asked in court.

But now, after hearing about the case, Morelli said two new female participants have come forward to say they also were rushed through the passageways and injured as a result.

"We're going to prove that everything they've been saying about -- that the participants don't really run, they're not really rushed, and it isn't chaos. We're going to disprove that with another witness," Morelli said.

Morelli plans to call both women to the stand this week. One of the women had "multiple surgeries to her arm," Morelli said.

MGM denies any wrongdoing. We reached out to Copperfield's attorneys, but they have not heard back. Morelli said the two injured women are testifying for justice, not for any compensation.