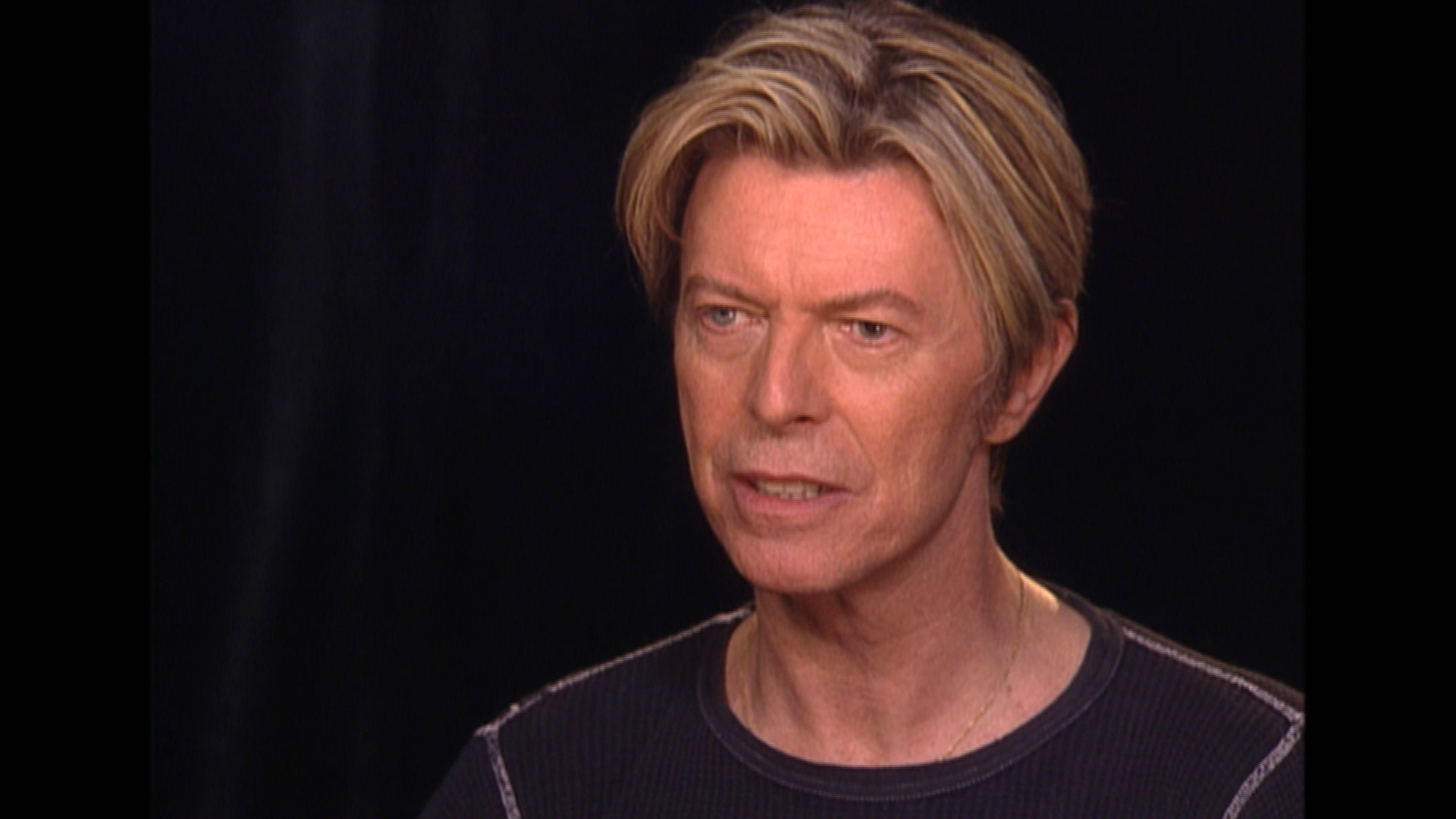 David Bowie, the rock legend who died January 10 at age 69, appeared on countless stages, in clubs, theaters and stadiums around the world. But he never appeared on 60 Minutes -- well, not exactly.

In fact, Bowie did agree to appear on the broadcast after he was contacted by Robert Zimet, a 60 Minutes editor. Zimet said he first heard "Ziggy Stardust" when he was 13 years old, growing up on Long Island. "From first listen," he said, David Bowie "was up there with The Beatles and The Who."

From May to September in 2003, Bowie sat down for several interviews with the broadcast, but the story never came together for air. The raw excerpts below, unearthed by 60 Minutes Overtime, are pulled from those conversations.

They reveal a complicated artist, whose interests and abilities went far beyond making records. In the clip above, Bowie compared his approach to music to searching for God. "There's an effort to reclaim the unmentionable, the unsayable, the unspeakable, all those things come into being a composer, into writing music, into searching for notes and pieces of musical information that don't exist."

Bowie's work was often avant-garde, but the man himself was "unbelievably down to earth," recalls 60 Minutes producer Peter Klein, who interviewed him in Woodstock, New York, where he was recording an album in 2003. Bowie was "someone who was so famous and so successful and put on personas so brilliantly," Klein told 60 Minutes Overtime. "You kind of imagine him to have this shell, but he could not have been nicer."

He was also humble about his talents, the clip below suggests. Now regarded as a consummate rock star, Bowie didn't initially envision himself singing his own songs. "I was never particularly fond of my voice," he told 60 Minutes. "I thought that I wrote songs and wrote music and that was sort of what I thought I was best at doing. And because nobody else was ever doing my songs, I felt -- you know, I had to go out and do them."

He first recorded his music in London, when he snuck into a studio with a friend after hours and "nicked some time" to make a demo. These were days before 24-hour radio, he recalled, and before you could record an album at home. Back then, the process of making a record was "rather arcane and special and magical," he said. "So stepping... through the portals of a recording studio was as though you'd been admitted to a higher world, you know?"

Bowie drew inspiration from his surroundings. Certain places produced certain albums, he told 60 Minutes. "I couldn't have written things like 'Low' and 'Heroes,' those particular albums, if it hadn't have been for Berlin and the kind of atmosphere I felt there," he said. "And London was the stardust. I mean, that was such a London thing."

Many people still associate Bowie with Ziggy Stardust, his most famous alter ego, a glam rocker from outer space. In his interview with 60 Minutes, Bowie seemed protective of the character and said he was glad he never followed through on the idea of making a film or theatrical piece about him.

Though Bowie was known as a gifted performer, it didn't always suit him, he told 60 Minutes. Recalling his earlier shows, he said, "I don't miss the spectacle of doing shows like those one iota. They're such a nightmare to pull together."

By the time of his interviews in 2003, he was enjoying his performances much more. "It's a whole different thing now," he said. "Really is."

Reflecting on his career overall, he told 60 Minutes he was pleased with the life he'd chosen. "I think generally, I just cannot really envision life without writing, and producing records, and singing. I think, in short, it's as cornball as that. You know? It really is what I do. And I'm so glad I chose that to be my profession," he said. "It's been just terrific."

Unfortunately, David Bowie's 60 Minutes profile wasn't meant to be. It met one obstacle after another, and these interview tapes never saw the light of day - until now.