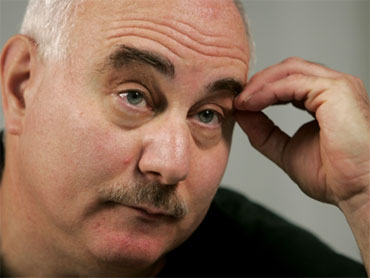 (CBS/AP) NEW YORK - Convicted serial killer David Berkowitz, also known as the "Son of Sam" killer, says "society has to take the glory out of guns."

Police arrested Berkowitz 35 years ago today, outside his Yonkers, N.Y. home on Aug. 10, 1977, ending a 13-month shooting spree that claimed six lives. Since then, according to the Daily News, Berkowitz appears to have gone through a personal and spiritual transformation, and developed an all-consuming passion to discourage youth from lives of crime.

Berkowitz spoke to the newspaper in an interview at the maximum security Sullivan Correctional Facility in Fallsburg, N.Y.

Berkowitz, now 59, is serving 25-years to life.  He lamented the recent fatal shootings in Colorado, Wisconsin and on New York City streets, including that of a 4-year-old boy in the Bronx.

He said gun control was for legislators to work out. His hope is for young people to realize "just how terrible this violence is."

Said Berkowitz: "When they use a gun ... they ruin their lives too."