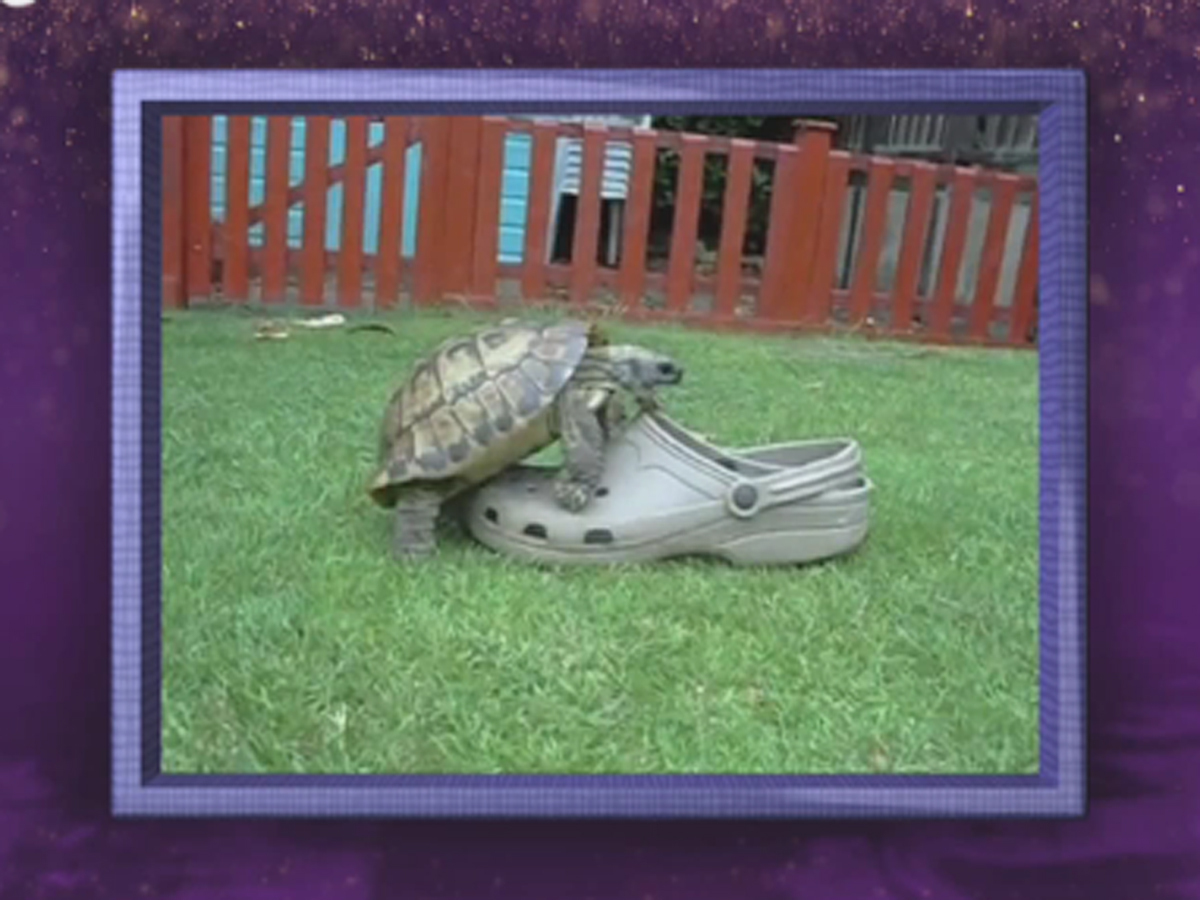 (CBS News) I think most of you will probably be familiar with Sir David Attenborough, but for those who are not he is a British broadcaster widely known for his narration of nature series and has a sonorous voice that can literally give any situation gravitas. Just watch the above video to see what I mean.

So while I laughed watching the tortoise and the shoe video the first time, the second time made me really want to see that tortoise succeed in his rather scandalous venture.  Go, tortoise, go!