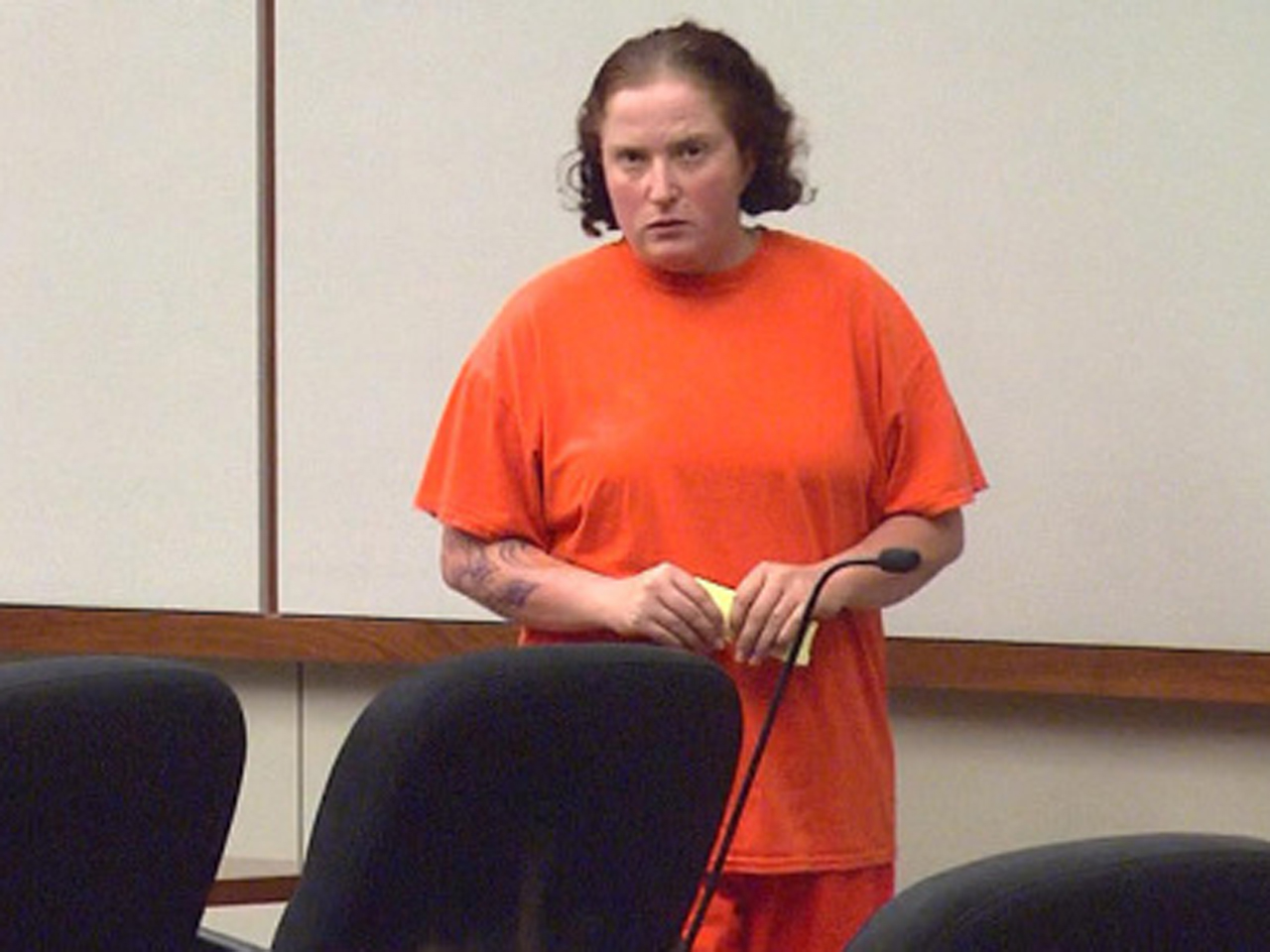 DENVER - The body of a slain Denver elementary school teacher was discovered Friday near Gypsum, Colo. and the woman’s daughter has been arrested in connection with the murder, reports CBS Denver.

Penelope Sue Cunningham, of Aurora, was a nun for 20 years and a teacher at Maxwell Elementary School. The school district reportedly brought in grief counselors on Monday for students and staff.

Police tracked the victim's daughter, Traci Cunningham, 29, through her cellphone to a restaurant in Lakewood on Saturday. She was arrested at gunpoint and taken back to the Eagle County Sheriff’s Office, according to CBS Denver. She faced a judge on Monday and is being held on a first-degree murder charge.

According to an arrest affidavit obtained by the station, the mother and daughter were heading to the Grand Junction area last week and decided to pull over and go for a hike. They apparently got into some kind of argument and Penelope Cunningham began to walk away from the car.

The affidavit says Traci Cunningham told police she was looking for some beef jerky and retrieved a 9 mm gun from the back of the car, and told investigators she blacked out and the next thing she knew the gun was in her hand and her mother was dead. She said she fled the area saying she hoped it was just a bad dream.

Penelope Cunningham’s neighbors were shocked to learn of her murder, according to the station.

“I know that Traci has been battling mental illness for many years,” neighbor Meredith Mills said.

One neighbor told the station that Penelope Cunningham had adopted Traci.

On the Maxwell Elementary School website, Penelope Cunningham had written on her biography, “I am here to give my students the best fourth grade education possible. All they have to do is pay attention, participate and do their best. No lazy brains allowed!”

A spokeswoman for Denver Public Schools said the school community is deeply saddened by her death.

District Attorney Bruce Brown said it will be another week before formal charges are filed.

“You have a case that took place over a wide geographic area, about 150 miles from Aurora to Eagle,” Brown said. “So we need to put together all the pieces and the pieces are scattered.”