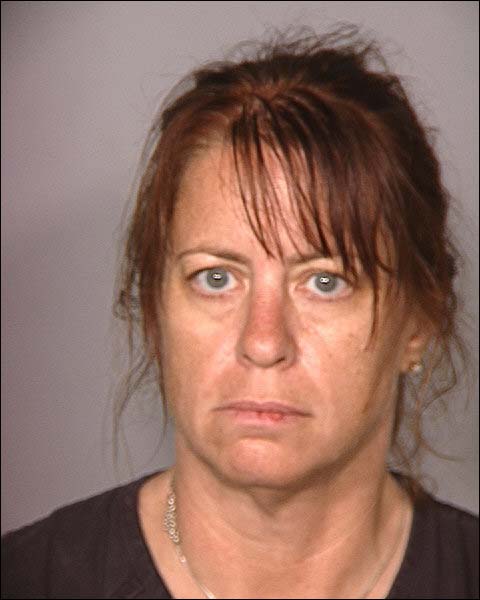 (CBS/KLAS/AP) LAS VEGAS - The daughter of a 68-year-old Las Vegas woman has been indicted in her strangling death, along with two others. Las Vegas investigators say they found the body of Katherine Cole in her garage on July 28 with a cord around her neck and her purse and car missing.

Cole's daughter Autumn Dudley Cole, 44, was indicted on murder, robbery and kidnapping charges in connection to the death, according to the Las Vegas Sun. Additionally, Joseph Perez, 44, and Lorenzo Cardenas Sanchez, 37, were reportedly  indicted on the same charges.

According to the arrest report, Joseph Perez told police his girlfriend, Autumn Cole, went to her mother's house around that same time and then called him for help, CBS affiliate KLAS reports.

When he got there, Autumn Cole was trying to put her mother's body in the trunk of her car. Perez said he convinced her to leave the body in the home and they fled the scene in Katherine Cole's car, which was later found abandoned at a casino.

Lorenzo Cardenas-Sanchez reportedly told police he had driven Autumn and Perez to Katherine Cole's house and then came back a few hours later to pick them up, KLAS reports.

Investigators say bank records and surveillance tapes show Perez and Cardenas Sanchez used the woman's ATM card at a bank and a Kmart store after her death.

The Las Vegas Sun reports that the trio is scheduled to be arraigned at 9:30 a.m. Sept. 8 in district court. All three remain in custody at the Clark County Detention Center without bail.