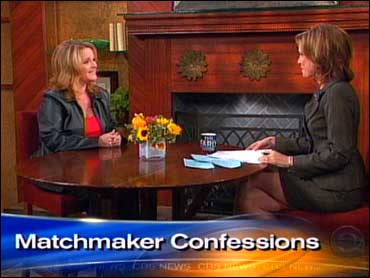 As the song from "Fiddler on the Roof" implores, "Matchmaker, matchmaker, make me a match."

That old-fashioned way of finding a spouse or life-partner is becoming a hot trend, so much so that it spawned a reality show on A&E called "Confessions of a Matchmaker."

According to Forbes.com, the matchmaking industry took in $236 million in 2005.

Experts say it's largely because many people who've used online dating services have grown tired of meeting people who falsely advertise who they are.

The host of "Confessions of a Matchmaker," Patti Novak (www.pattinovak.com), says it takes tough love to find true love.

She shared suggestions on finding the right modern matchmaker: