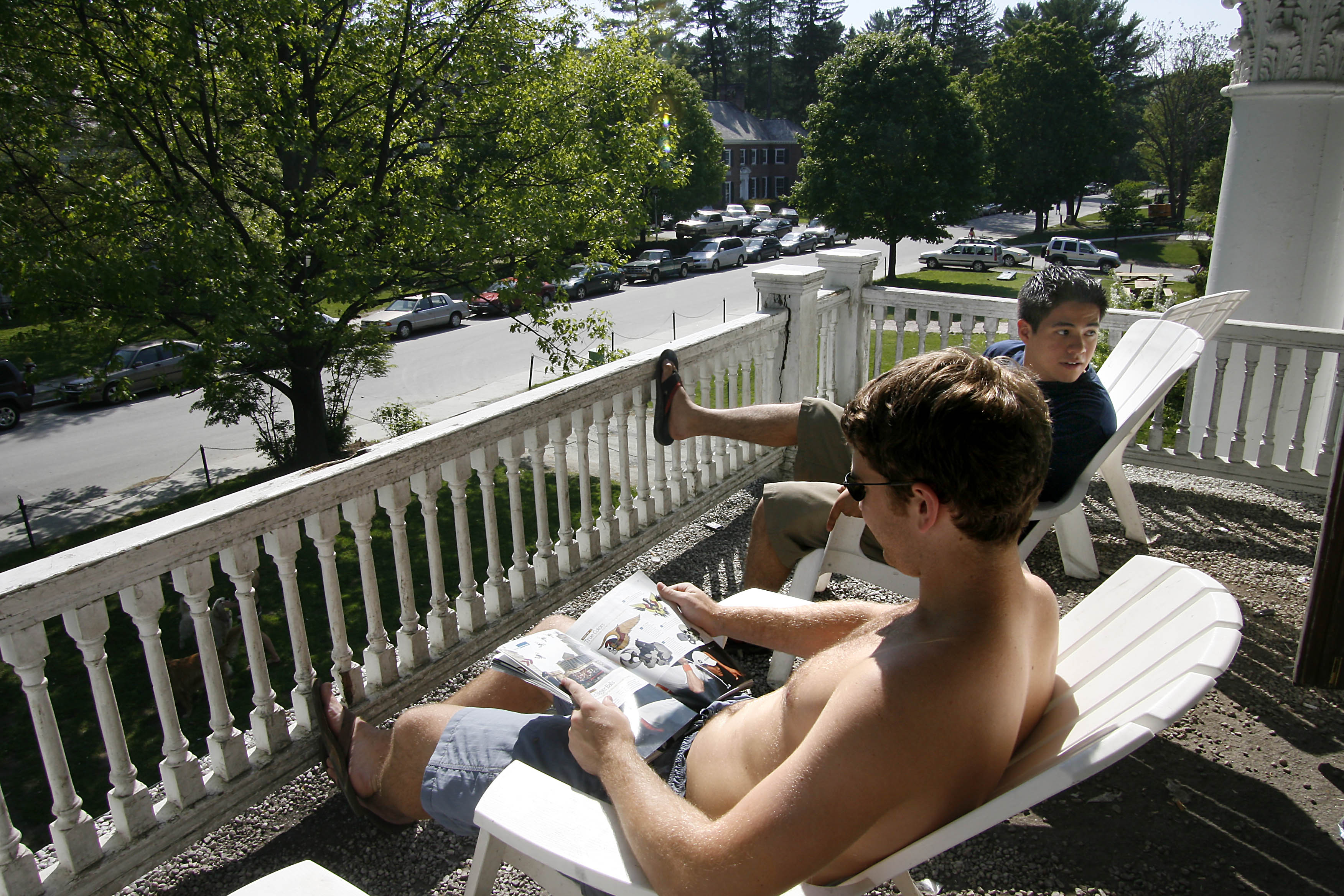 As incidents of sexual assault and alcohol abuse on college campuses remain in the national spotlight, Dartmouth College is pledging to tackle both problems with new policies unveiled by the school's president.

Dartmouth students are now prohibited from drinking hard alcohol on campus and required to learn about sexual violence prevention each year under the reforms announced Thursday by President Philip Hanlon.

Hanlon, who has led the Ivy League school since mid-2013, created a "Moving Dartmouth Forward" steering committee last April to study problems he said were "hijacking" its promise: high-risk drinking, sexual assault and a lack of inclusion.

"Our aspirations will never be realized if we fail to address a vital component: the environment in which our students live and learn," he said in a speech to students, faculty and staff. "We must recognize a moment in time when change is necessary in order to reach our potential, and now is such a moment."

Dartmouth received nationwide attention for allegations of fraternity hazing several years ago, and it's one of 95 schools currently under federal investigation for its handling of sexual harassment and violence. Students protested at Hanlon's office last spring with a long list of demands aimed at creating a more inclusive, diverse campus.

"Colleges and universities across the country face the issues I've detailed today," Hanlon said. "We are not alone in facing them, but we will take the lead in saying, 'No more.'"

Sexual assault on college campuses has been in the spotlight as students and the federal government demand stricter policies and stronger enforcement. Dartmouth recently overhauled its policies to include harsher sanctions and a trained external expert to investigate allegations. It will expand on that work with the new mandatory program, an online "consent manual" to reduce ambiguity about acceptable behavior and a smartphone app to allow students to easily seek help if they feel threatened, Hanlon said.

On the alcohol front, Hanlon said education programs launched in the past few years have started to pay off, but the practice of "pre-gaming" or loading up on hard alcohol before heading out for the night remains a problem. In addition to prohibiting the possession or consumption of hard alcohol (30 proof or higher) by students on campus, the new policy will include increased penalties for violators, and hard alcohol will no longer be served at public events, including alumni events and fraternity parties.

Though some have suggested eliminating fraternities and sororities, the steering committee's comparison of other schools found that levels of extreme behavior don't correlate with the intensity of the Greek scene. But Greek organizations will be held to much higher standards going forward, Hanlon said. For example, they and all student organizations will undergo annual reviews to ensure they are upholding Dartmouth's mission, including being inclusive and diversifying their membership.

No student organization will be allowed to engage in pledging or putting new members on probationary status - a move fraternities and sororities already made this fall.

"Hazing is already outlawed on our campus, but it's hard to imagine why you'd have a pledge-type status unless it has something to do with some sort of hazing, so what's being eliminated is the pledge term. Once you join, you're a full member," Hanlon said in an interview.

Of all the changes, Hanlon believes the most transformational will be the creation of new housing communities designed to give students more options for both social interaction and learning outside the classroom. Starting with the class of 2019, incoming students will be placed into one of six communities that will include a cluster of residence halls that will serve as a home base even for those who live elsewhere. Each community will have a faculty adviser and graduate students in residence and will host social and academic programs.

Hanlon said that "no single action" would solve the problems on the Dartmouth campus.

"If it did, these problems would have vanished from our campus and society years and years ago," he said.