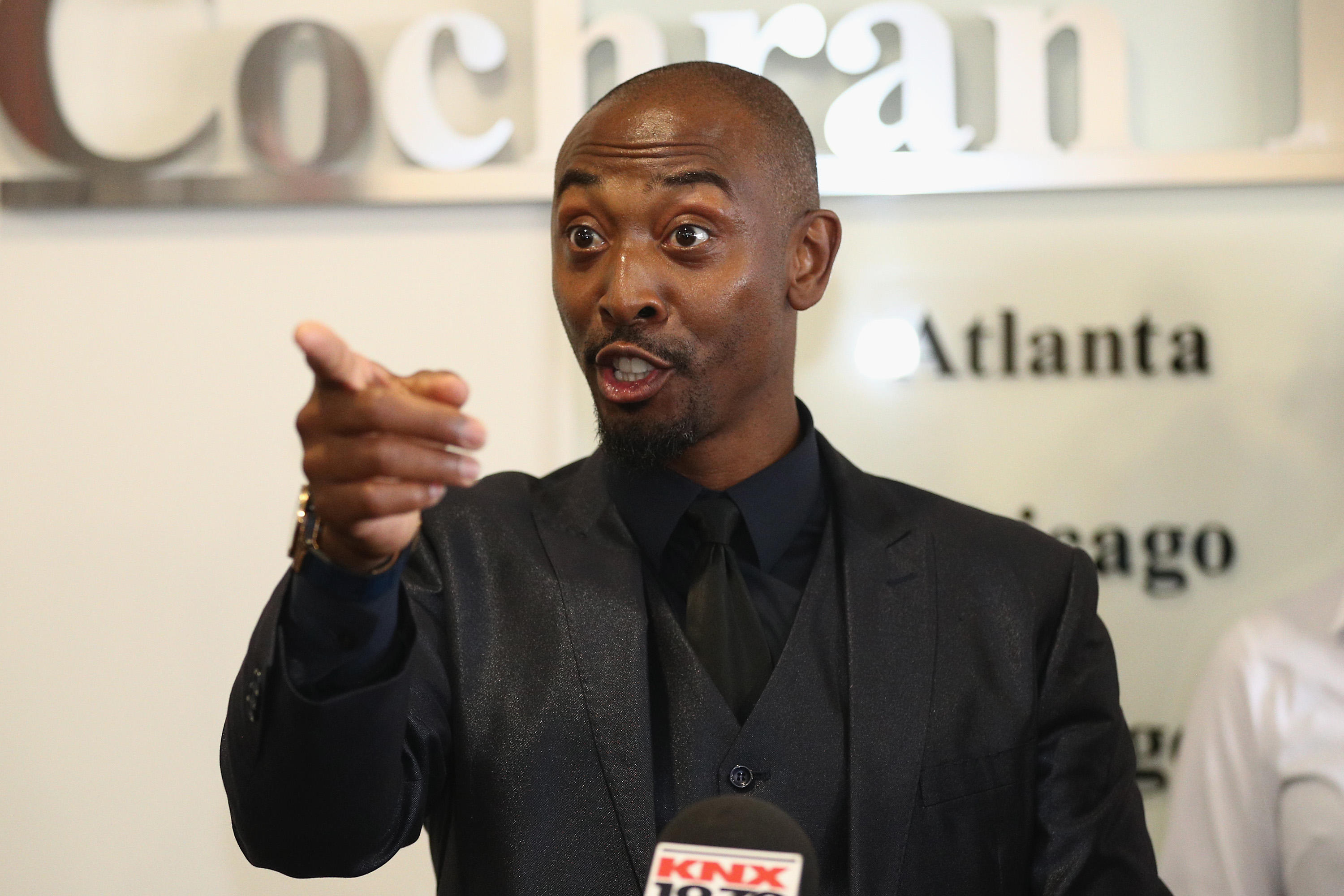 GLENDALE, Calif. -- A black actor who claims he was racially profiled and mistakenly arrested at gunpoint in a California parking garage is filing a lawsuit against the Los Angeles County Sheriff's Department. Darris Love, 38, alleges he was arrested June 6 by Glendale and Los Angeles police while officers were searching for suspects in a home burglary and while he was getting his parking validated, CBS Los Angeles reports.

"Police threw him to the ground with guns drawn and accused him of being one of the burglary suspects," according to a news release from his attorneys.

Love alleges the arrest took place in the parking garage of the Glendale Galleria -- a shopping mall and office building -- while he was with his girlfriend, 39-year-old Ayesha Dumas. He alleges he was taken to a local police station to be booked by the sheriff's department and that he was held for five hours before eventually being released when investigators determined he was not a suspect.

He is suing the sheriff's department, but not the LAPD, stating that the LAPD realized it had arrested the wrong man, but that sheriff's deputies did not.

"Love asked the officers to review the mall security camera footage to prove that he had been at the mall at the time of the burglary and chase, but says officers refused and took him to the LAPD's West Valley station for booking," the news release from the Cochrane Firm reads.

He also claims that Dumas' car was damaged during a police search and that she was accused of being an accessory to the burglary.

"Love believes he was targeted because he is African American. As a working actor, he is concerned that his experience was the result of racial profiling," the release stated.

On the morning of June 6, burglary suspects who police say were under surveillance broke into a home in Tarzana, a neighborhood in Los Angeles. According to police, a vehicle pursuit ensued with the suspects, which ended when their BMW entered the Galleria's parking garage at around 12:20 p.m. At about 12:50 p.m., one suspect was apprehended, but two others escaped, police said last week. The identity of the arrested suspect was not released, and no further details were confirmed by the LAPD.

However, Love claims he was the man who was taken into custody -- an arrest that was captured on video by media outlets.

It is unclear if Love will be immediately filing a civil rights complaint against the LAPD.

Love's acting credits include "The Secret World of Alex Mack," "The Shield," "ER," "Shameless," "Waist Deep" and "It's Always Sunny In Philadelphia."