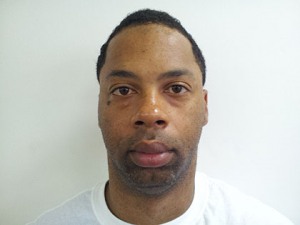 (CBS) VINELAND, N.J.- Darnell Verdell reported for a meeting with his parole officer in a drug case Monday, and was arrested on the spot for allegedly selling guns on the streets of Camden, a violation of his parole, according to CBS Philly.

The 33-year-old Deptford, N.J. man didn't help his cause, as State Police Lt. Stephen Jones said Verdell showed up at the parole office with crack cocaine on him. Drug charges were added on top of the gun charges on the spot.

"When he arrived there, unfortunately, he came there with seven bags of crack cocaine. Coming to a parole meeting with cocaine in your pocket is not a good idea," Lt. Jones said.

It's to argue with that.

Verdell is in the Camden County jail on $200,000 thousand cash bail.