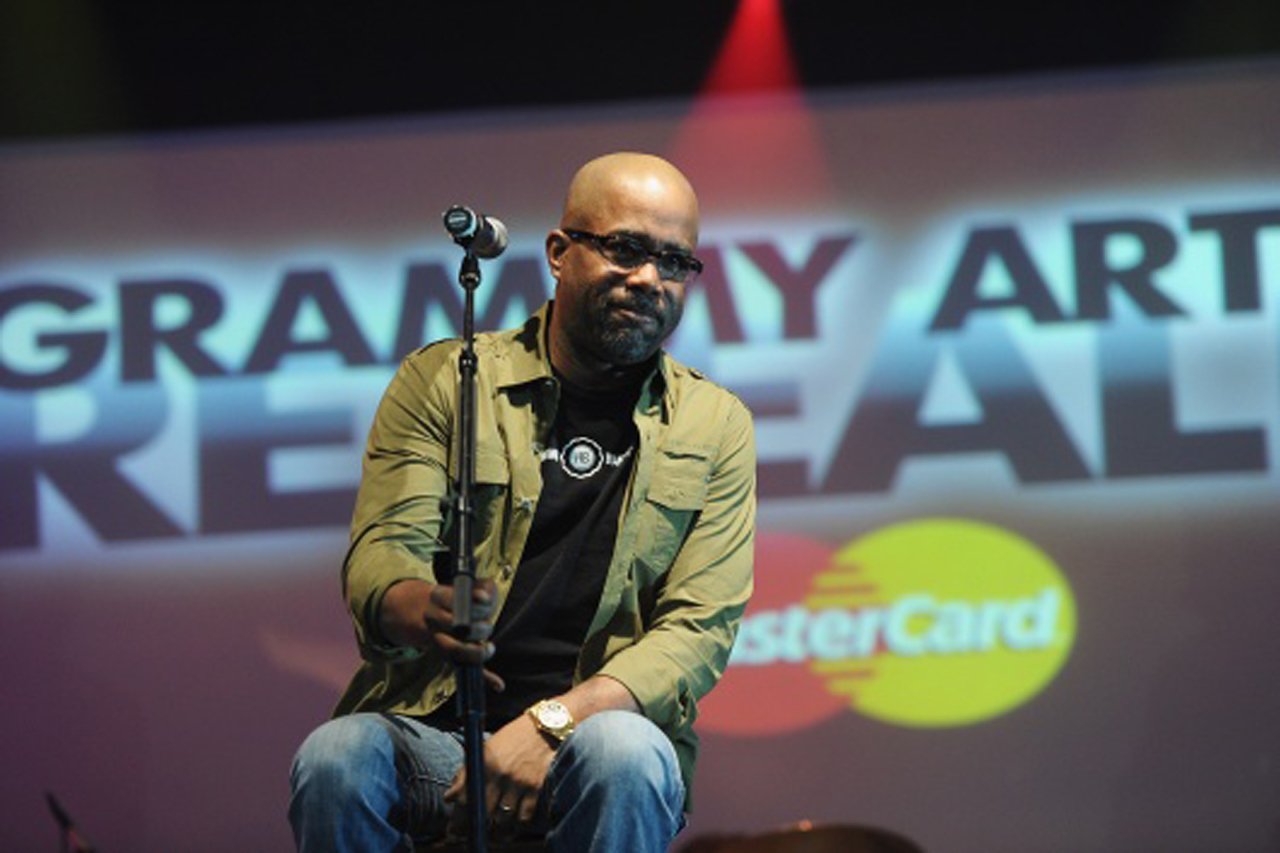 (CBS) Wearing jeans and cowboy boots, Darius Rucker appeared very comfortable in his country shoes on Tuesday night in New York. So much so that you almost forget he's also the frontman of the '90s pop act Hootie & the Blowfish.

Rucker performed both his country solo songs and Hootie hits at the Highline Ballroom during "Grammy Artists Revealed." It was the fourth annual event, which allows Grammy-winning artists to share their journey in an intimate, storytelling setting.

From the sound of it, the South Carolina native is in a country music state of mind - and will be for a while.

Rucker told CBSNews.com he's been hard at work on his third country album, the follow-up to 2010's "Charleston, SC 1966."

"We'll start recording in January," he revealed. "It will be out early next year."

It was one of those albums, it seemed, everyone you knew owned. And they probably did. "Cracked Rear View" remains one of the best selling albums of all time.

But its biggest song "Only Want to Be With You" almost didn't see the light of day. Rucker performed it at the Grammy event, but said that back in 1994, he begged record execs to keep it off the album; he intended for it to be the "cheesiest" song ever written. Rucker never liked the track, and even on Tuesday, he poked fun at the lyric: "You get so mad at me when I go out with my friends."

Still, 17 years later, the crowd (singing along) hadn't forgotten the words, cheesy or not.

Although it's been more than six years since Hootie released a new album, the band members are still close friends and reunite a few times a year to perform at charity fundraisers.

"We'll always be together," Rucker told CBSNews.com. "I don't think we'll ever break up totally. We're Hootie & the Blowfish ... We'll make another record and do another tour someday. I don't know when, but it will happen. There's one more in us."

For now, Rucker, who already has five No. 1 country hits, will remain solo. He kicks off a tour in January with Lady Antebellum.