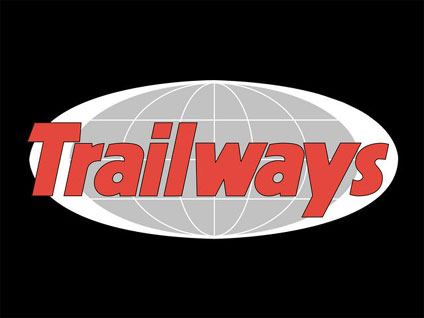 (CBS/AP) NEW YORK -- A New York City man arrested more than two dozen times for posing as a transit worker to steal buses and trains and drive the routes was sentenced Thursday to up to 5 years in prison for his latest caper.

But lawyers on both sides say they still hope they can arrange for parole and treatment instead, for 49-year-old Darius McCollum.

McCollum nodded politely and answered "yes" as the sentencing began Thursday. He pleaded guilty earlier this year to stealing a Trailways bus in 2010, when he was arrested behind the wheel on the highway that leads to Kennedy International Airport.

The bus was reportedly stolen from a maintenance facility in Hoboken, N.J. It was located using a GPS in New York, where police stopped it on an entrance ramp to the Van Wyck Expressway.

Police said the keys were already in the ignition when McCollum walked into the facility, and he simply got on the bus and drove away. McCollum told police that he drove to the airport and around Queens. He didn't pick up any passengers, and he was not wearing a uniform, said police.

He had faced up to 15 years if convicted at a trial, but the Queens district attorney and his lawyer worked out a deal: McCollum will voluntarily enter a program in which he will undergo cognitive behavioral therapy when he gets out of jail. McCollum was diagnosed with what was until recently called Asperger's syndrome but is now referred to as an autism spectrum disorder, and his repeated arrests stem in part from it.

"Hopefully we don't see you back here and this is the end of this stuff," said Queens Supreme Court Justice Barry Kron.

McCollum has become a celebrity for escapades that began at age 15, when he piloted a subway train six stops without any passengers noticing. He grew up in Queens near the 179th Street station on the F and E lines, and learned the mechanics of the transit system from workers who took an interest in him.

He said during an interview with The Associated Press earlier this month from jail that he had the subway map memorized by the time he was 8, and tried unsuccessfully to get a job with the transit system.

Instead he became a transit impostor and has been arrested 29 times. But he is not a violent criminal - he just drives the routes, fixes tracks and takes tolls without an official job until he's caught by police.

"I really do want to change," he told the AP. "I have motivation and people behind me - I think I can do it this time."

Part of the problem, his attorney said, is McCollum wasn't diagnosed with the disorder until recently. He was first handed literature on the topic about 10 years ago during a Manhattan case, but the judge refused to order a psychiatric evaluation after she said she looked the disorder up online and decided he didn't have it.

A treatment program had never previously been proposed as a solution to his crimes.

"Both sides recognize that locking him up doesn't make any sense," said his defense lawyer, Sally Butler. She and the prosecutors are recommending McCollum be paroled as soon as possible, but it's not clear when he will go before the parole board. He has already served the minimum.

Butler said McCollum is feeling optimistic. She is working with Reynaldo Cusicanqui, a forensic social worker with an organization called the Consulting Project who will facilitate McCollum's housing and treatment as soon as he can get out. Cusicanqui has known McCollum nearly 20 years - from when he was a Legal Aid attorney on one of his earlier cases.

"He's a New York hero," Butler said. "They love him. Everyone just wants him to get help."