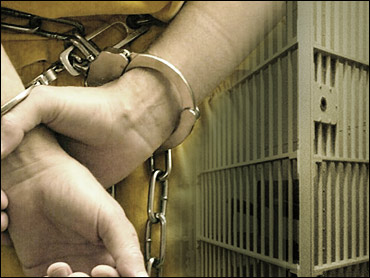 One of the most wanted men in Greece pulled off a daring jail break Sunday, landing a helicopter in a prison yard to pick up his brother and another inmate before fleeing in a fog of smoke, police said.

Police said Nikos Palaiokostas and another man forced the pilot of a private helicopter to fly from a southern Greek resort to Athens' maximum security Korydallos prison, where they threw smoke flares into the yard as they landed, causing confusion.

They then bundled Palaiokostas' brother Vassilis and another inmate aboard and flew away.

After landing in a nearby cemetery, the two men sped off on motorcycles with the escaped convicts, leaving the pilot behind, police said. The pilot was later detained.

Nikos Palaiokostas, 46, is one of Greece's most wanted men. He escaped from prison himself in 1990. He had been imprisoned for his role in a series of bank robberies, and was charged in absentia for the same kidnapping as his brother.

Police did not identify the fourth man suspected in the escape.