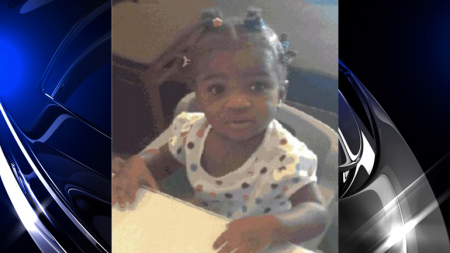 (CBS) OAKLAND, Calif. - A massive search is scheduled to take place Saturday for Daphne Viola Webb, an Oakland, Calif. toddler who has been missing since July 10, the Oakland Tribune reports.

According to the paper, a reward for information leading to the whereabouts of Daphne has been increased to $20,000.

Daphne was reported missing by her father, 49-year-old John Anthony Webb, who told police the toddler was abducted by a stranger on the morning of July 10 while she sat in a parked car with his 87-year-old mother while he went inside a supermarket.

Police later arrested Webb on suspicion of felony child endangerment because they were concerned that he left Daphne in the car of his mother, who suffers from dementia, police spokeswoman Johnna Watson said, according to CBS San Francisco.

He was later released from custody, however the Oakland Tribune reports Watson recently confirmed Webb is a person of interest in the case.

According to the paper, shortly after the child's disappearance, police asked anyone who had seen John Webb with the child in the 30 days prior to July 10 to come forward.

Daphne was reportedly in the custody of her father because her mother, 31-year-old Kiana Davis-Webb, is in a drug rehabilitation center in Oakland.

CBS San Francisco reports records show Davis-Webb was arrested Feb. 18 after she admitted to police that she had consumed Vicodin and alcohol before operating a car with Daphne in the back seat.

Neither of Daphne's parents have officially been named suspects in the toddler's disappearance, the paper reports.

Police have only described one suspect in the disappearance: an unidentified black of Hispanic woman between 30 and 40 years old who had long, straight black hair. At least two people said they saw the woman with a child matching Daphne's description shortly after the reported disappearance, according to the paper.

Daphne is reportedly described as being black, about 2 feet tall and weighing about 30 pounds. She has short, black, curly hair, a medium complexion, brown eyes and is missing part of her left ear.

Anyone with information on the case is asked to call the Oakland Police Department missing persons unit at 510-238-3641.