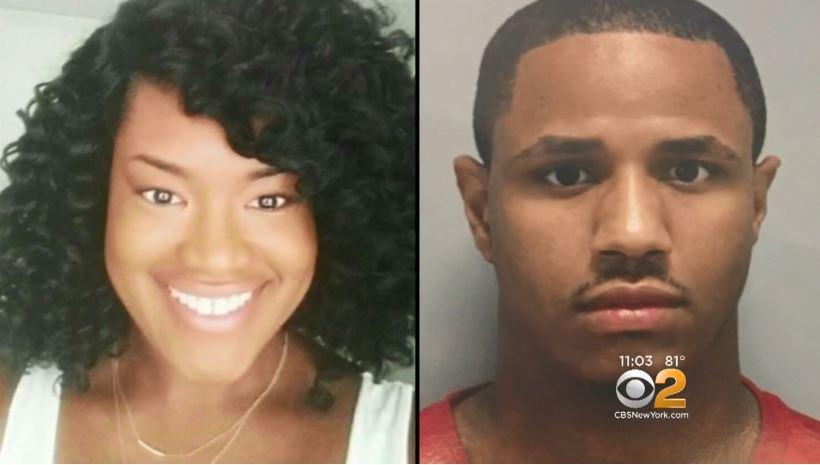 LOS ANGELES -- Police say a man wanted in connection with a nurse's murder in New York City was holding another woman captive when he was captured Thursday in a California hotel room. Police had been searching for 27-year-old Danueal Drayton, of New Haven, Conn., since 29-year-old nurse Samantha Stewart was found dead inside her bedroom at her family home in Queens on July 17, according to CBS New York.  Stewart reportedly suffered trauma to her head and neck.

The NYPD says they've also linked Drayton to the rape of a 23-year-old woman in Brooklyn last month. Authorities believe Drayton met both of those women on Tinder, the station reports.

The joint New York/New Jersey Police Task Force tracked Drayton to the Los Angeles hotel Thursday, where they arrested him and rescued another woman he was holding against her will, said NYPD Chief of Detectives Dermot Shea.

"Right after he commit a gruesome murder here and destroy my family, he went to California and just almost did the same thing," Stewart's father, Kenneth Stewart, told CBS New York. "Thank God they catch him before he could destroy another family."

Police believe Drayton may have used other dating sites to meet more potential victims, and urged anyone with information to come forward.

Drayton is accused of strangling and sexually assaulting the 28-year-old victim in California, according to Los Angeles County prosecutors. He faces charges there of attempted murder, forcible rape, false imprisonment by violence and sexual penetration by foreign object. Bail was set at $1.25 million at a hearing Friday.

Police in New York say Drayton was well known to authorities. He was arrested in June for allegedly choking an ex-girlfriend at a park in Nassau County. One July 1, his bail was set at $1,000. On July 5, a judge dropped the bail requirement, over the objection of the district attorney, and Drayton walked free.

He also has five prior arrests in his home state of Connecticut, including a strangulation arrest in 2011.

Kenneth Stewart told the station he was shocked to hear Drayton was released without bail on the choking allegation just weeks before his daughter's death.

"I'm devastated by my loss of my daughter, but hearing this news now it really, really shocks me, throws me over the edge," said Kenneth Stewart.

Stewart's aunt Ruby Dixon described her niece as "the best you ever could find in a human being." She urged anyone using an online dating service to use caution.

"Be careful. If you meet up with someone, tell somebody," Dixon said. "Tell a family member, tell a friend. You don't know who these monsters are."

Stewart's funeral is set for Sunday.