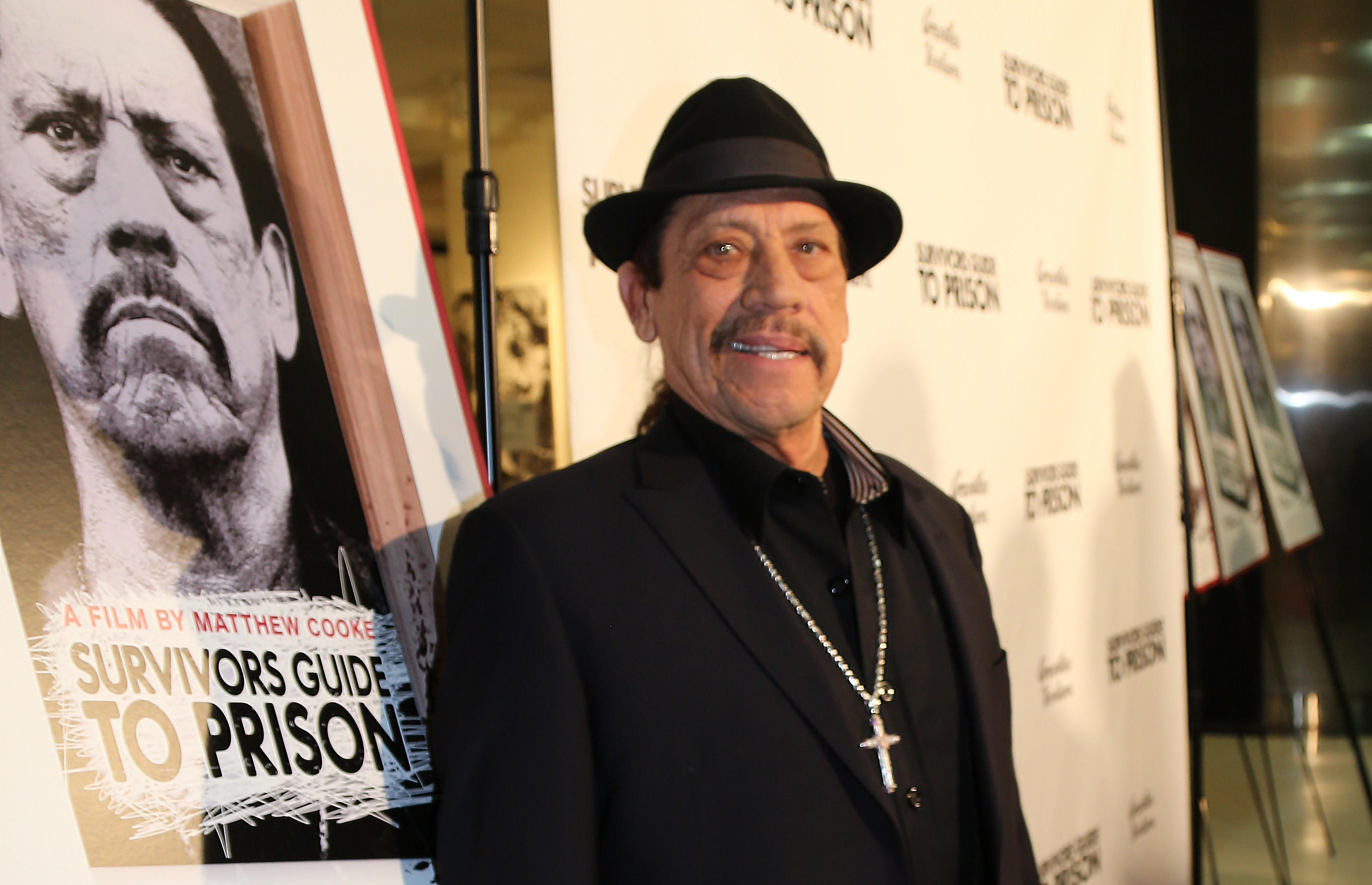 Character actor Danny Trejo has forged an unlikely path to Hollywood. Throughout the 1960s, Trejo was in and out of the California state prison system. When a rock he threw allegedly hit a police lieutenant in the head at the Cinco de Mayo riots in San Quentin in 1968, Trejo thought he would end up dying in the gas chamber. Instead, he served time in solitary confinement at the notorious San Quentin Prison and was released the following year.

After a few decades and a successful acting career, Trejo is attempting to pay it forward as he stars in Matthew Cooke's documentary, "Survivor's Guide to Prison," produced by David Arquette and narrated by Susan Sarandon. The film features an all-star cast of actors and musicians who, like Trejo, have had experiences with the criminal justice system. They deliver honest, often chilling advice on how not to get caught in the countless snares of the law.

Trejo talked with CBS News about the film and shared his thoughts on America's court system and criminal justice reform.

Q: Why did you feel it was necessary to make "Survivor's Guide to Prison"?

A: The first reason is, you're more likely to go to prison in the United States than any other country in the world. We have 5,000 prisons. That's more than we have universities. That should tell you that prisons are there to make money. They're not there to rehabilitate anybody. They're all to make money. And they have to stay full, so, watch your step.

Q: This film posits that the criminal justice system is run largely by money and people looking to advance their careers with high conviction rates. Does justice still play any role?

A: Once you get into the court system, it's no longer justice. And believe me, I'm not against justice. I'm not against cops. I'm not against anybody. But when you go to court, the District Attorney has all the power. That's kind of like the dealer knowing all the cards. If you get arrested for anything, and you go before the court, and the District Attorney says, "Look, this will get you five years. If you plead guilty to this, I'll give you a year." It's no longer even a justice system. It is a deal-making system.

Q: Why do you think issues like abuse in the justice system and the conditions of prisons so overlooked in society?

A: Nobody wants to be on the forefront. When David Arquette did this, I said, "You know, you're probably going to get arrested." Because the powers that be don't want stuff like this out. There are tens of thousands of people that have been convicted illegally. Right now we put the population of New York and Los Angeles combined in jail every day in the United States [Editor's note: Approximately 2.3 million people were incarcerated in the U.S. as of 2017, according to Prison Policy Initiative. The populations of New York and Los Angeles combined are more than 12 million people]. But no one wants to confront that.

Q: How did this system come about?

A: The prison population is basically poor. You don't see too many rich people in prison. If you can afford a good attorney, you can get out. O.J. got set free. Was it because he didn't do it? Or was it because he had the money to pay for the "Dream Team"? If you don't have money, and you have a public defender who's picking his nose, you're going to take a plea bargain. The D.A. job has nothing to do with justice. It has to do with convictions. If you have a D.A. that loses a lot of cases, do you think he's going to stay as the District Attorney, or better yet move up the ladder? Hell no. If you look at a District Attorney that's highly paid, his conviction rate is flawless. And plea bargains are convictions.

Q: How long has this been going on?

A: This has been going on since the Third Strike Law. Before the Third Strike Law came in, the judge had the power. The judge could say, "I honestly believe this man is innocent." There have been cases, it's been proven, where they knew someone was innocent, but the District Attorney says, "Look he already plead guilty to this!" So then the judge says, "Well, OK, send them to jail." I don't want to say "corruption." I just want to say "unfair."

Q: What do you want the biggest takeaway from this film to be?

"Survivor's Guide to Prison" is in theaters, VOD and digital HD Friday.