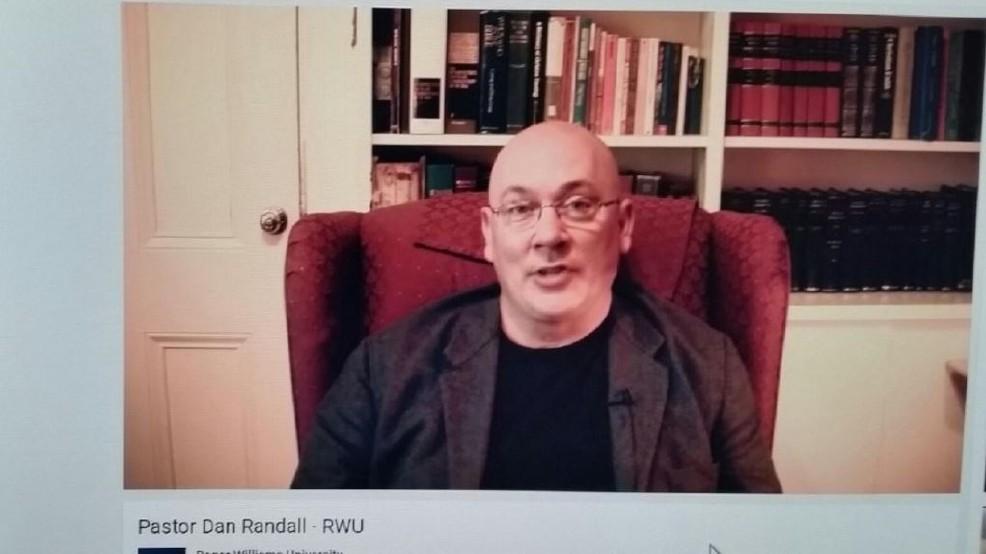 HEBRON, Maine -- Police in Maine say it appears a former chaplain who worked with Roger Williams University students fatally shot his daughter before turning the gun on himself.

A neighbor discovered the bodies of 56-year-old Daniel Randall and 27-year-old Claire Randall on Thursday at their home in Hebron.

The neighbor, Carroll Daggett, told the Portland Press-Herald that Randall’s wife, Anita, called him to ask him to go to the home to check on her daughter. Anita had recently served Randall with divorce papers and was staying with family out of town, the paper reports.

When he arrived, Daggett told the paper he found a gruesome scene he at first thought were Halloween decorations left over from October.

He reportedly found Randall’s body on the porch, a shotgun nearby, and told the newspaper that he saw disturbing messages spray painted on a counter and wall – including “Vow Breaker” and “Anita its all your fault.”

Investigators later found the body of Claire Randall in a bathroom.

Claire Randall had recently moved from Rhode Island to stay at the home with her mother and teenage brother. The brother was not home at the time of the shootings, police said.

Daniel Randall had broken into the house through a garage door, police said. They said he had just completed substance abuse treatment in Portland when he left Thursday, bought a shotgun, drove to the home and committed the shootings.

Police said Randall spray-painted messages to his family on the walls of five rooms of the house before shooting himself. They did not immediately disclose what the messages said.

From 2009 to 2012, Roger Williams University paid Daniel Randall as a vendor to be an affiliated chaplain. WJAR-TV reports Randall was also a former pastor at First Congregational Church in Bristol, Rhode Island. Police in Maine said Randall once served as a chaplain in the Air Force.

Autopsies were scheduled for Friday.

Daggett said Randall often appeared to show signs of stress, but not violence.

“He seemed to be a very pleasant person,” Daggett told the paper. “A sort of take-charge family type person.”