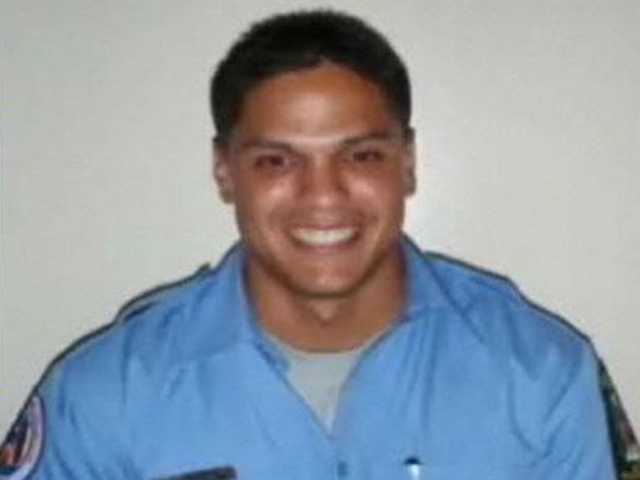 (CBS/AP) AUGUSTA, Maine - Maine State Police say DNA tests on blood samples taken from a Jackson home appear to be from missing Florida firefighter Jerry Perdomo, who was allegedly killed by a man who lived in the house.

Daniel Porter, 24, was arrested Tuesday for the murder of Perdomo, in what police are calling a drug-related killing. Perdomo, a Seminole County firefighter, had been missing since Feb. 16 after traveling to Maine from Florida to see a friend.

Spokesman Stephen McCausland of the Maine Police Public Safety Department said the 31-year-old's body has not been recovered. McCausland would not comment on how Perdomo was killed.

The police affidavit filed in connection with the murder charge says Porter and Perdomo were involved in drugs and had exchanged death threats. Porter was arrested at his home rented by his father in Jackson, a small rural town in Maine. He had been identified earlier as a person of interest in the case.

A car Perdomo had rented was found in the parking lot of a Bangor Walmart. Police also seized a car that had been owned by Porter and was left behind a dealership in Oakland, about 70 miles south of Bangor, and a new car bought by Porter and his 25-year-old girlfriend, Cheyanne Nowak. The girlfriend was not charged in the case.

"We believe Porter is the one responsible for Perdomo's death," McCausland said.

Porter is due to make his initial court appearance Wednesday in Waldo County Superior Court in Belfast.