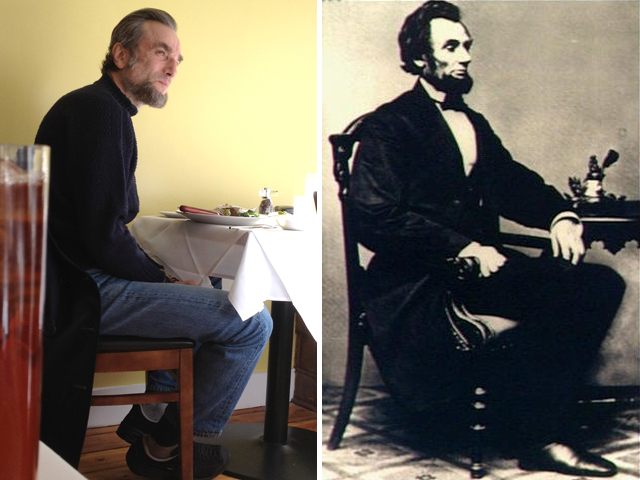 (CBS) Daniel Day-Lewis is playing Abraham Lincoln in Stephen Spielberg's upcoming film "Lincoln," and a new photo shows how the Oscar-winner has transformed himself into the 16th president.

The "There Will Be Blood" star, 54, was spotted at a restaurant in Richmond, Va., sporting Honest Abe's trademark beard and hairstyle. The film is shooting in the area.

Richmond native Michael Phillips was able to snap a photo of the actor and tweeted it to his followers.

Tell us: What do you think of Day-Lewis as Lincoln?