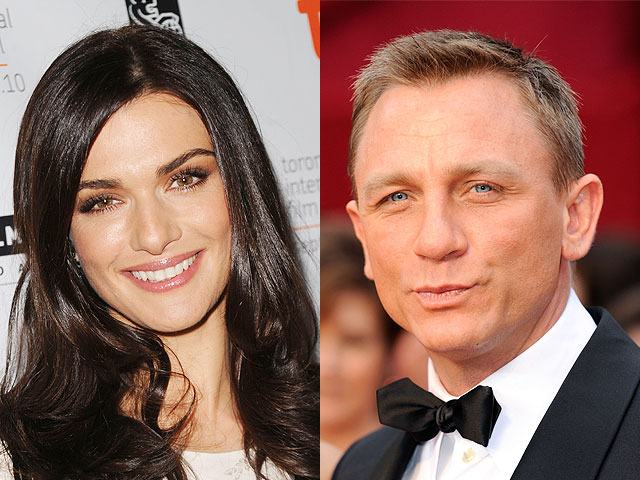 NEW YORK (CBS) James Bond actor Daniel Craig and Oscar-winning actress Rachel Weisz, who recently split from her partner of nine years, have been spotted spending the Christmas holidays together in the snowy English countryside.

Photos published in British newspapers showed the couple walking hand-in-hand in southwestern England and newspaper reports said they also dined together in a Dorset pub.

British tabloid News of the World quotes a pub customer as saying the two were clinging to one another like a couple of honeymooners. The newspaper also reported that the pair were sharing a cottage nearby.

Craig, 42, is the latest actor to portray 007 spy James Bond, having played tthe handsome hero in "Casino Royale" and "Quqntum of Solace." He and Weisz are co-starring in "Dream House," to be released next year.

The blond, blue-eyed Craig, who had been in a long-term relationship with producer Satsuki Mitchell, also is on tap to play Mikael Blomkvist in the Hollywood version of Stieg Larsson's bestselling novel, "The Girl With the Dragon Tatoo."

Weisz, 40, split in November from "Black Swan" director Darren Aronfsky, with whom she has a four-year-old son. The Cambridge-educated British actress won a supporting actress Oscar for her role in 2005's "The Constant Gardener."